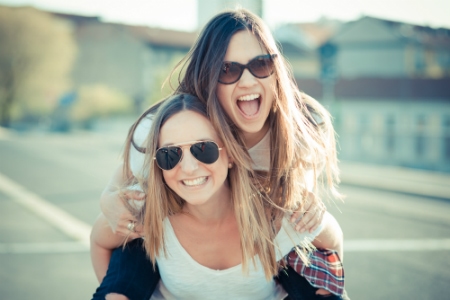 While biology and circumstances affect who is at risk for addiction in both sexes, gender can shape how trauma, loss, and family influence that risk. Women grow up with different cultural mores and process feelings differently, and in some cases appear to be more biologically susceptible to some addictions.

Many clients and professionals fail to recognize these important gender differences. Here are six of the most common misconceptions about women and addiction:

This used to be true, but the gender gap is closing. While males tend to start using drugs earlier than women and use more often, once introduced, both genders are equally likely to continue using. Women are one of the fastest-growing segments of drug users in the U.S. An estimated 4.5 million women have a substance use disorder, 3.5 million misuse prescription drugs, and 3.1 million regularly use illicit drugs. This costs over 200,000 women their lives each year.

#2 Women and men become addicted for the same basic reasons:

Women are twice as likely to suffer from anxiety and depression as men. This is partly due to differences in brain chemistry, and women with anxiety or depression are likely to self-medicate with drugs or alcohol as a way to manage intolerable feelings.

Stress is known to trigger substance abuse among both men and women, but research shows women may be more disposed to the harmful effects of stress and addiction than men. Both men and women struggle with drug cravings, but men’s brains tend to crave drugs when presented with drug-related cues, whereas women’s brains respond to psychological stress cues.

Women are exposed more often to certain types of trauma that can fuel drug abuse. For example, interpersonal violence plays a significant role in how and why women fall into addiction. A history of violent trauma is more common among women with drug addiction, placing them at high risk for post-traumatic stress disorder. They’ve also had more exposure to incest, sexual abuse, and family violence and are often more vulnerable than men to physical attacks.

Pain is another common driver of addiction. Women suffer more frequently and more intensely from pain, according to several studies, and they may require more medication for relief. In one study, women required at least double the morphine needed by males to achieve comparable pain relief. They also are more likely to have chronic and inflammatory pain conditions such as fibromyalgia and osteoarthritis.

Hormonal influences also uniquely impact women through all stages of life, possibly making them more vulnerable to certain addictions. For example, a recent study found estrogen can increase the possibility that females will start, and continue, to use cocaine. Researchers found that women transition faster to cocaine addiction and have more difficulty abstaining from the drug. Another study found that menstrual cycle-dependent fluctuations can impact drug cravings in females.

Women also face unique social pressures and influences. The marketing of alcohol to women and the “mommy needs wine” mentality of social media have likely contributed to the addiction problem among women. Popular Facebook groups like "Moms Who Need Wine" have tens of thousands of fans. One company calls wine “Mommy Juice.” Drinking is celebrated as a way to cope with the stress of motherhood with memes and photos of cocktails.

#3 The stigma of addiction affects men and women equally:

Both men and women are harshly judged for having an addiction, but addicted women face even greater stigma, which keeps many from getting the help they need. Women take on many roles and responsibilities, often including the role of primary caretaker of young children, which can add another layer of shame and judgment. Pregnant addicts face the greatest stigma. One study showed 25% of pregnant women with opioid addiction were untreated and researchers believe stigma was part of the barrier to them receiving help.

Studies show that women get addicted to drugs faster and experience an accelerated progression from the initiation of substance use to the onset of dependence. This progression has been observed specifically for opioids, cannabis, and alcohol. By the time women enter treatment, they are often facing more medical, behavioral, psychological and social difficulties, even though they used less of the substance and were exposed to it for a shorter period of time compared with men.

#5 Women are more likely than men to get help for their addiction:

Women face a number of unique barriers to drug and alcohol addiction treatment, including family responsibilities, financial limitations, transportation issues, and stigma. Possibly as a result of these barriers, research shows women are less likely to receive adequate substance abuse treatment and to seek the specialized care they need. In 2011, women accounted for 33% of admissions to drug rehab centers while men made up the remaining 67%.

Many women feel more comfortable in a women-only rehab center where treatment is tailored to their unique needs and they can share sensitive feelings and experiences without the distraction of the opposite sex. Essential components of treatment include focused support for working through issues of rape, child abuse, spousal violence and other forms of trauma, as well as comprehensive treatment for co-occurring mental health disorders.

#6 Men and women relapse at similar rates and for similar reasons:

The good news is women who receive substance abuse treatment do very well. They relapse less often than men, perhaps because they’re more willing to ask for help, make needed changes and utilize therapy for emotional support, and are more likely than men to remain abstinent over time.

When women do relapse, it’s often for different reasons than men. Negative feelings and relationship problems most often prompt a return to drug use for women, whereas men tend to relapse in response to positive experiences that make them let their guard down or feel entitled to indulge their cravings.

These misconceptions keep women stuck in a cycle of shame and addiction. But with a greater investment in gender-sensitive research in recent years and more treatment centers offering specialized programs tailored to women’s unique needs, we understand better than ever how to support women on their path to recovery.