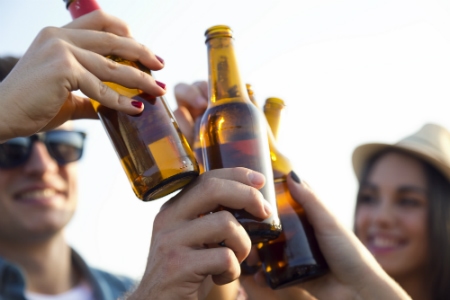 Jack is lost in the lure of the wedding cake, but is in doubt about indulging, as he is on a weight-loss plan that does not allow such unhealthy treats. When the cake is cut, Jack decides that he will have a piece: It is a festive occasion, after all. And having just one piece won’t completely sabotash his diet. Something similar sound familiar?

This excuse reflects an underlying dilemma: From a momentary perspective, the indulgence is the best choice; but from a long-term perspective, self-restraint is wiser. The ideal solution is to somehow do both. This is impossible, except in one situation: If the situation can be framed as the “last time,” then the dilemma disappears, since the person can say to him or herself that a new and better life will begin tomorrow.

The big picture perspective is consistent with the rational model of motivation. For instance, when planning for the long term, most people intend to eat healthy foods, exercise regularly, quit smoking, and spend less time on the Internet. But these plans require gratification to be delayed. Since on any given day the value of the immediate indulgence is always higher than the value of any distant reward such as a health benefit, people tend to go for instant gratification. It is our perverse tendency to favor the Now over the Later, the lower over the higher. However, when we regret our past decisions, we are taking a long-term perspective—for example, going to a bar and getting drunk and then regretting it. From an immediate perspective, the choice is quite sensible, but from a long-range point of view, the act seems to be a mistake. The mismatch between the immediate and the long-term perspectives refers to a self-control problem.

On any occasion, overeating or using drugs produces limited harm. The damage, however, occurs after repeated indulgences. So a better treatment solution for the relapse problem is the realization that failure in any occasion is a predictor of failure in all occasions: If I give in today, I shall fail tomorrow as well.

By connecting future decisions together, one sees both the immediate and the long-term consequences. Connecting these single occasions into a pattern of lifestyle, the individual can gain motivation to control his or her impulses that would be lacking if he or she just considered one day at a time.