Why Relationships in Early Recovery Are Risky 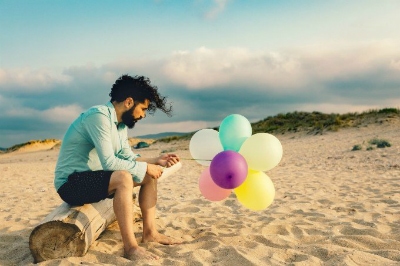 New research is proving how new relationships and love mimics the “rush” of using illicit drugs such as crack cocaine, and why getting into a relationship too early in your recovery is risky behavior. According to the website cocaine.org, “smoking crack cocaine leads to enhanced mood, heightened sexual interest, a feeling of increased self-confidence, greater conversational prowess and intensified consciousness.” Same as getting into a new relationship, and first falling in love. “Both offer the most wonderful state of consciousness, and the most intense sense of being alive that the user will ever enjoy.”

First, there are very real chemical changes that occur when we perceive that we are falling in love. Massive amounts of dopamine and norepinephrine are released and the same brain pathways light up when we are falling in love and when we are smoking crack cocaine. This effect has been well established in high quality research. For instance, two symptoms of stimulant use disorders are cravings and “spending a great deal of time to obtain and use stimulants.” This brings to mind the way that people who have just met will often spend hours in any given day texting each other. They will often send out an endless stream of texts and will get a little zap of pleasure in their brains every time their new partner responds positively. (What in the world can be so fascinating about the blow by blow events of each other’s days we might wonder? Nothing really, but the chemical zap you get is wonderful.)

In the early days of a new relationship, sleep may suffer because there is such a drive to stay on the phone whispering sweet nothings to each other night after night (or doing other things night after night). A previously fulfilling job can become “that annoying thing I have to show up for and spend my day doing” until I get to connect with my partner again. Another symptom is “continued use despite interference with major obligations or social functioning.” This brings to mind the way that people’s lives often get way out of balance when they have met a new person they are excited about. People in the thrall of new love will often fail to nurture their relationships with longtime friends, because it is so powerfully pleasurable to cocoon away with someone that you have cast as your soulmate. So using the term “cocaine rush” phase captures both the excitement we feel and the need to be careful about making binding commitments when our brains are altered in this way.

So before you think your therapists and counselors at your treatment center are a major buzz kill, as they already took your drugs and alcohol away, and now they are going to take dating off the table to? Take a minute to understand the real reasons dating in early recovery is discouraged.

Another thing to be aware of is that yes people around you in the early recovery community, and even those in long term recovery will be dating one another. Some in healthy relationships, others not so healthy, but this does not mean it will work for you, or that you need that to be happy or successful in recovery. Giving yourself that year alone, to let your brain and emotions heal is meant to support you on your path to sustained recovery, and the healthiest life possible.