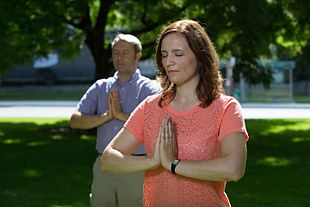 Believing something that's not true is a hallmark of delusional thinking, but, to some extent, all of us delude ourselves to various degrees in various contexts.

Consider the fact that in any survey, an overwhelming majority of people will consider themselves above average when it comes to things like driving skills, happiness and satisfaction with life. But by definition, only 50 percent of us can be above average, and the fact that most of us consider ourselves to be above average indicates that some of us are delusional. That sort of self-deception or delusional thinking, however, may be beneficial and lead to selection advantages in evolutionary terms.

Consider again the fact that intelligence, usually equated to IQ, may be genetic and non-chargeable. While this fact may or may not be absolutely true, there are consequences to believing that intelligence or ability is fixed in nature, or that it can be increased with effort. Carol Dweck and colleagues have shown how belief in a fixed mindset (ability is an inborn talent that can't be changed much) leads to all sorts of detrimental outcomes like believing effort is futile, which leads those believers to have more of a performance orientation, causing anxiety and paradoxically worse performance. A growth mindset, on the other hand, leads to hard work, increased effort, orientation for learning and more resilience in the face of difficulties.

Thus irrespective of whether or how much intelligence is changeable and under genetic control. there is benefit in believing intelligence and ability are infinitely malleable. I call beliefs such as this "useful fictions," where to want to emphasize the useful part more than the fictional part.

Belief in free will is one such belief. There are philosophical viewpoints, and then there are scientific research programs, many of which cast serious doubt on the phenomenon of free will. Still, many people continue believing in it, and for good reasons.

Correlation studies have shown that a belief in free will is associated with many positive outcomes—including better work and school performance and less social conformity or cheating. Experimental studies have confirmed, finding that when made to question and doubt free will, subjects often cheated, behaved aggressively and exhibited diminished self-control.

The researchers did not use a broader measure for well-being. In future studies, they should include broader measures like psychological well-being constructs, as championed by Ryff, or social well-being constructs, as championed by Keyes, and I believe they might get even stronger effects. The researchers, though, did take care of a possible confound: the personality of the participants.

It's heartening to note that when they categorized the sample as free will believers and determinists, about 85 percent were believing in free will. This bodes well for humanity and for people who are working toward making this world a happier place. As noted by authors, one use of findings like these is designing interventions that can for example, increase belief in free will as a route to increasing happiness.

Free will may not exist, but it may serve us well to believe in it. If we believe in evolutionary selection pressures, and the utility of happy feelings as a mechanism of evolution, then perhaps we have no choice but to believe in free will. It's perhaps in our genes!