What is The Cause Behind Seemingly "Difficult People" 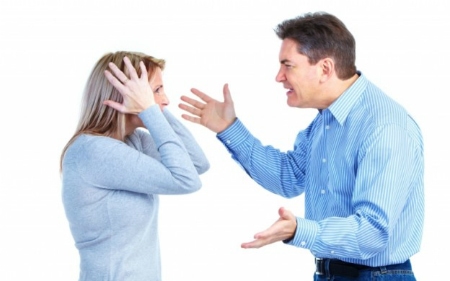 When you think about the people in your extended family, your circle of friends, or your workplace, you can probably identify quite quickly the people to whom you feel the closest. You can probably also, just as quickly, identify with the ones who are the most difficult. Try as you might, it’s just impossible to have pleasant interactions with these people.

Since you have plenty of good friends and relationships, it must be something about them. Everyone who knows these people regards them, as just plain “difficult.” From new research, we can now find out what’s really going on with them and, by extension, how we may be able to get through to them.

Perhaps the most apparent way psychologically to think about the difficult people and their difficult relationships is provided by the attachment style framework. From this perspective, you relate to the people in your adult life in ways largely determined by the so-called “working model” that you developed about your own parents or the other caregivers you had as an infant. If you felt you could rely on your parents to watch out over you, as an adult you would similarly feel that the people you’re close to can be counted on. This so-called “secure” attachment style contrasts to the “insecure” styles, in which individuals felt their parents might abandon or neglect them. Within the insecure attachment style, you might become the “dismissive” or "avoidant" variety, where you avoid disappointment by steering clear of close relationships. Alternatively, you might develop the “anxious” attachment style in which you’re constantly seeking reassurance.

The difficult individual would be one, in this framework, who would most likely have a dismissive or avoidant attachment style. You can never get close to such individuals because they constantly put up barriers that prohibit you from becoming close to them. Attachment style theory assumes that the models we have of relationships are largely unconscious. Difficult individuals don’t necessarily recognize that they’re putting up those barriers, but instead do so out of a long-standing need to protect themselves from abandonment. You can’t see through the crusty exterior they’ve created because they’ve learned not to let their inner, vulnerable, selves show through.

Using attachment style as a theoretical base, California State San Bernardino’s Robert Ricco and Anthony Sierra (2017) investigated the role of “argument beliefs” in understanding how the securely and insecurely attached navigate conflict. Presumably, the difficult types of people are also the most likely to steer clear of conflict and, once in conflict, use less constructive methods of resolution. Ricco and Sierra were particularly interested in contrasting the anxious with avoidant attachment styles as predictors of the type of conflict tactic that individuals would be most likely to use. Conflict beliefs, furthermore, were predicted to influence this predictive relationship. The four conflict tactics they investigated were the four options of dominating, avoiding, integrating, and obliging. The only tactic that involves working with your partner to achieve resolution is integrating, where both of you try to meet the other person’s needs equally as you would your own.

According to Ricco and Sierra, avoidantly-attached individuals should be less able to handle conflict for several reasons. First of all, they have a distrustful view of others, figuring that they’re not really all that loyal or caring. Secondly, they’re not as good at gauging how other people feel. Finally, avoidant individuals stay away from situations that involve conflict because at an unconscious level they don’t want to be seen as in need of relationships. Using self-report measures to examine attachment style, conflict tactics, and argument beliefs, the Cal State team obtained data from a sample of 449 college students, whose ages actually ranged from 18 to 56 (average of 24). Most were in a relationship, and 14 percent were married.

Compared to people with the anxious attachment style, the avoidantly attached were indeed likely to regard conflict as devoid of benefit. Furthermore, people in the avoidant attachment style were more likely to avoid conflict, as might be expected. When they became involved in conflict, they were more likely to use domination as a conflict management style. This is what really distinguishes difficult people. Allergic to close relationships of any sort, they push you away and when they do interact with you, they are argumentative and insist on having their own way. As the authors concluded, “avoidant attachment may be more problematic than anxious attachment when it comes to managing conflict in romantic relationships”. In general, people who perceive arguments as having potential benefit are more likely to use integrating and obliging tactics which, in turn, will lead to more positive outcomes.

Let’s return to the problem of the difficult individuals you must deal with in your daily life. Say you have an in-law who seems to reject you every time you make overtures to her. As often as you’ve tried to be as flexible and agreeable as possible, it seems to make no difference at all. This person is not willing to get into the kind of casual chats that people who see each other frequently can enjoy, and when she does, you feel that you’ve said something wrong. Or perhaps this is a person at work who sits discontentedly at his desk, complaining to anyone who will listen, and who refuses to cooperate on any joint project. As with the surly in-law, you frequently feel that you’ve said something wrong or offensive, and it doesn’t ever seem possible to exchange a friendly word.

It’s not only the people you know well who can make your life miserable by being cranky or unapproachable. You might pick up the phone to call a physician’s office and be put off immediately by the tone of voice of the curt receptionist. Although you’ve got no choice but to talk to this person, you would prefer to be treated with more civility. You’re also afraid that if you tick this person off, you’ll never get that appointment or prescription refill you’re seeking.

In the case of difficult people we deal with on a regular basis, the Ricco and Sierra study suggests that you try to think about why they are so cold or worse, downright mean. It might take some effort, but you might consider responding to this person with consistent patience and a friendly tone. Eventually, you may be able to break through the ice and have a surprisingly enjoyable set of interactions. Fulfillment in our personal relationships is more likely to be attained when everyone behaves nicely, but even difficult people can have their softer side if you can just know how to reach them.