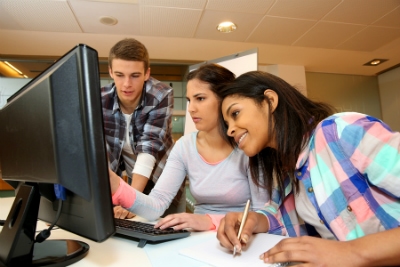 The Drug Enforcement Administration (DEA) is trying to show people the potential horrific effects of addiction by mixing science along with the emotional and personal toll of drugs, into what’s being called a “virtual field trip.”

WHILE THERE ARE MANY WAYS TO WARN YOUNG PEOPLE ABOUT DRUGS, SOME OF THESE MESSAGES CAN COME ACROSS AS HEAVY-HANDED AND OVER-THE-TOP, AND OFTEN DON’T RESONATE WITH SOMEONE UNTIL THEY EXPERIENCE ADDICTION THEMSELVES.

This project was launched last month by Chuck Rosenberg, acting administrator of the DEA. Rosenberg admitted to the Washington Post that when he tries to talk to young adults about addiction, he's usually met with skepticism. “I’ve seen people roll their eyes at me," he said. "Whenever someone tells you to do something you don’t want to do, there’s going to be skepticism.”

So in late October, he launched a new approach, by focusing on the science of opioid abuse. The program, called Operation Prevention, first debuted at McLean High School in Fairfax County, Virginia, where a class was treated to a panel discussion with a scientist, a recovering drug user, and a DEA agent. The event was broadcast to 200,000 students across the country.

Beyond the scientific evidence that Operation Prevention provides, it was the first hand and personal account of a drug user that resonated with students the most. The young adults taking the virtual field trip were first warned against painkillers, which Rosenberg says is usually the gateway drug for four out of five heroin addicts. Hopefully this program will help give students a new perspective on the increasing dangers of drug use and abuse, and if nothing else give them an educational experience to remember.