Vaping: A Perspective to Consider 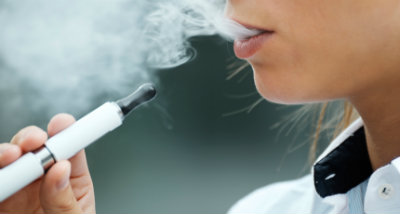 We all know smoking kills. Many clinicians feel that smoking is the hardest addiction to quit. So how about these fancy, tasty new e-cigs, are they really helping people quit, or causing a whole new addiction all on their own? Recent results appear to say yes, e-cigarettes are a helpful tool to quit smoking cigarettes. So then we wonder why American public authorities, like the CDC, deeply dislike e-cigarettes? Well they worry that e-cigarettes will keep many smokers smoking regular cigarettes. It’s concerning that e-cigarettes are popular among teenagers, and are already becoming their own type of addiction. Plus they suspect that the vapor coming off e-cigarettes is indeed harmful.

Quitting smoking is very tough. There are patches, lozenges, and gum that work for some, more on a short term basis. Combining drugs like varenicline (chantix) and bupropion with cognitive behavioral groups can work, but getting people to do both is difficult, and the attrition rate high. Recent public health data are declaring that e-cigarettes should help a substantial number of smokers get off regular cigarettes. Which should be encouraged. The point has to be made that nicotine, too, can kill, but far less aggressively than do regular cigarettes. So far, secondary vape emanations, appears rather less dangerous than standard cigarette smoke.

“ALMOST HALF A MILLION AMERICANS DIE FROM CIGARETTE SMOKING EVERY YEAR. MANY OF THE DEATHS OCCUR TO NON-SMOKERS.”

Smoking is down 10% in the U.S. in the past year, the presumption being that much of that decrease must be due to e-cigarettes, as other important variables have not changed much. American public health officials are worried about the lack of evidence regarding the intake of this nicotine vapor, and the second hand effects of “vaping”. However, most experts do not see this “nicotine smoke” as being anywhere near as dangerous, or run the risk of damaging second handers, as regular cigarette and cigar smoke does. The fear of how appealing the e-cigarettes are to teens and younger kids is by far the biggest worry right now. They are supposed to help people quit smoking, but what if they become the reason teens today pick it up? Definitely a different way we could be thinking about it, a viewpoint to consider.