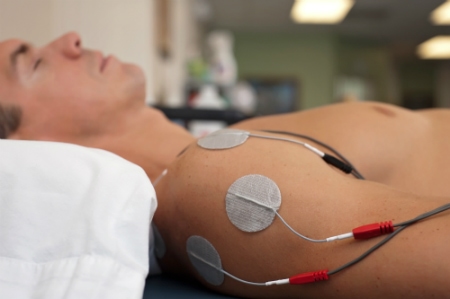 Pain is subjective, and individual perception and response to pain vary greatly. Some people consider pain as almost an inevitable part of aging and live with it. They refuse to take anything “strong” like opioids even if there is promise of relief. Others want help to manage pain but are wary of becoming dependent on any medication.

They may use opioids briefly for relief of acute pain (for example: postoperative). Then there are individuals who do little on their own to manage pain but rely increasingly on opioids.

“Being knowledgeable about a patient’s personality is essential to assessing what, if any, opioid treatment he or she truly needs.”

Steven, a retired attorney, suffers from chronic pain due to severe arthritis of his spine (“spondylosis”). After a trial with a Fentanyl patch, he rejected it as being “too much.” He was then prescribed hydrocodone and could safely take up to three tablets a day. However, he took just one. This gentleman told me, “People are different. I realize that. But from my experience, these drugs do not reach out and grab you and hold you in a bear hug.”

In stark contrast is Michael, who injured his back while serving in the military. Medical records document his constantly demanding that doctors prescribe higher doses of opioids. He angrily rejected suggestions that he also try alternative, non-drug, methods for reducing pain. Among them were weight management (he is extremely overweight), meditation and mindfulness, cognitive behavioral therapy, classes in the psychology of pain management, and participation in a residential program designed to help people like him develop better coping skills. Claiming to be severely debilitated by pain, Michael nonetheless was planning a vacation overseas and insisted that his physician provide well in advance not only his prescribed medication but also supplemental medication in case he needed it.

Clearly, Steven was determined to avoid drug dependence and was repulsed by just the thought of becoming “addicted.” Michael had no such concern.

While living with chronic pain, Steven enrolled in courses and applied himself diligently. He cared for his very active dog and continued to perform routine chores of life such as grocery shopping, getting the car repaired, and so forth. A man of impeccable integrity, a devoted husband, and a hard worker, he became highly respected in his field. He coped with pain as he had with other difficulties, seeing it as a challenge to be surmounted. Steven did not look to drugs as the solution to his problems.

Michael, also an attorney, was uncompromising in his relationships, creating difficulties for himself with family and employers. He had few friends. He had a thin skin and took offense whenever someone failed to confirm his lofty opinion of himself. Michael’s life was plagued with conflict, bitterness, and rancor. Instead of accepting responsibility for his shortcomings, he deflected blame onto others, then sought to even the score. By endeavoring to persuade or bully medical personnel into administering ever higher doses of drugs, Michael was perpetuating lifelong patterns.