The Truth About Booze & Our Bodies 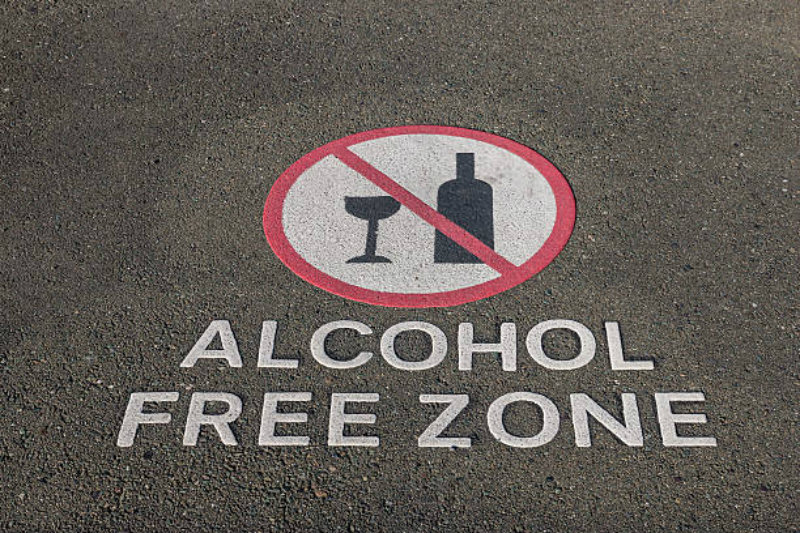 How does booze really effect our brain, heart, and overall health of our body? We decided to take a closer look at whats really going on when alcohol is present in our systems. Even those "moderate" drinkers we may know and love, are still at risk for damage when consuming alcohol on a regular basis.

Booze and The Brain:

A recent study in the British Medical Journal following British civil servants over 30 years. As a group they may have a more consistent lifestyle than most. Coming out at an average age of 43, those who claimed to drink five to eight drinks a week were three times as likely to show a shrunken hippocampus on MRI than those who didn't. The more they drank, the smaller their hippocampi. The hippocampus is critical to memory function.

Not just anatomy was changed, however. The measure “lexical fluency,” how many words you can come up with from a single letter, got worse the more people drank to drink, in a fine dose response fashion.

The study has been criticized for involving mainly males (women metabolize alcohol quite differently) and for not showing a direct link to Alzheimer’s. What it and other studies have shown is that cognition takes a hit with even very low dose alcohol.

Booze and The Body:

Alcohol has long been recognized as increasing the risk of many cancers. The British (they are indeed interested in drink) Million Women Study tried to look at just how alcohol affected a very large cohort. In that group, average consumption was about eight grams of alcohol a day, what you might get in a small glass of wine.

Alcohol appeared to decrease the risk of kidney and thyroid tumors. However, the increase in breast cancer, oral cancer, and rectal cancer completely overwhelmed the small decreases seen in the less common tumors. One drink a day increased the risk of combined breast, rectal, and oral about 13 percent, while drinking two drinks doubled the risk.

Alcohol’s effect was far less than what would be expected from tobacco. Yet people in general know tobacco causes tumors. They are far less aware of alcohol’s effect on cancer.

Booze and The Heart:

For many years, physicians were taught that alcohol was a pan toxin. It killed muscle cells, heart cells, liver cells, and brain cells. Drinking might be fun, but if alcohol appeared as a new drug, the FDA would ban it quickly.

And then in the mid-nineties Richard Peto’s and Richard Doll’s study of British doctors born early in the twentieth century appeared. It argued that ischemic heart disease, the sort that causes angina and heart attacks, might decline as much as a third when people drank "moderately." Sir Richard Doll was then one of the most famous epidemiologists in the world. He had shown how tobacco caused lung cancer in the 1950s, and Richard Peto is now equally well known. Many other studies began coming out purporting to show low dose alcohol decreased ischemic heart disease, though not overall mortality. Longer term studies proved more equivocal.

So it was not a surprise when the NIH declared it would spend 100 million dollars to fund a study asking whether alcohol prevented heart disease.

The surprise came when it was recognized who was paying for it. Most of the money comes from distillers and drinks makers. The New York Times noted many of the people doing the study were formerly supported by the drinks industry. Further, the subjects to be looked at, folks of 50 and older who were or are at are high risk for heart disease, would set a rather low bar for determining whether alcohol “prevented” heart disease.

So we have to look at how this kind of research is funded. Would the NIH get $100 million directly from Congress for such a study? Don't bet on it. Is it probable alcohol researchers are sometimes supported by industry? Given lack of political support for epidemiologic research, it’s likely.

So this is an expected development, but not a welcome one. This kind of monetary support traditionally biases research, often in ways that the people doing the work at not conscious of. Plus it gets the imprimatur of the NIH. That industry wants to do this work makes sense, they have hundreds of billions at stake.

Booze on Our Overall Health:

Most people picking up a drink are not contemplating how it might decrease their risk of ischemic heart disease. People drink for myriad reasons; because they are depressed and anxious; to forget sorrows; to celebrate; to enjoy conversations with friends; to relax; to be sexually uninhibited; to enjoy the infinite tastes of fine wine; to get plastered.

Yet recently alcohol has received a relatively good health related press. That it might cut back on heart disease, presently America's number one killer, has been a great boon to industry. That it increases the risk of what may soon be the number one killer, cancer, particularly common cancers like colon and breast, is not something people want to hear. Nor do they like to know that alcohol may increase their risk of dementia, though it has been acknowledged for centuries that heavy drinking leads to a very specific form of alcoholic dementia. For Alzheimer’s scares people. A lot.

In the U.S., the average adult imbibes 1.6 drinks a day. In Europe, it’s more like 2 drinks a day. While moderate drinkers at risk of heart disease may benefit with less heart attacks and angina, there is little to suggest their overall mortality declines. If public health is the consideration, evidence is growing that alcohol, like radiation, may ultimately not have a “safe” dose. If the results of alcohol provoking dementia strengthen, the present public sense of safety may take another hit.