The Power Of Intentions 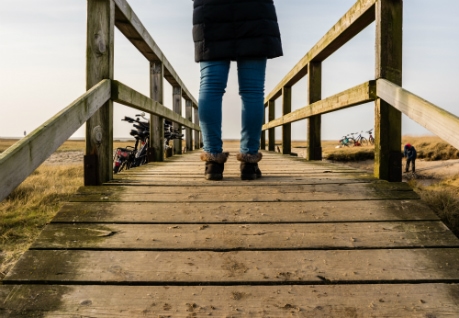 Intentions are the starting point of every dream. It is the creative power that fulfills all of our needs, whether for money, relationships, spiritual awakening, or love. Everything that happens in the universe begins with an intention. When I decide to buy a birthday present, wiggle my toes, or call a friend, it all starts with our intention to do something.

An intention is a directed impulse of consciousness that contains the seed form of that which you aim to create. Like real seeds, intentions can’t grow if you hold on to them. Only when you release your intentions into the fertile depths of your consciousness can they grow and flourish. In my book The Seven Spiritual Laws of Success, the Law of Intention and Desire lays out the five steps for harnessing the power of intention to create anything you desire:

1. Slip into the Gap

Most of the time our mind is caught up in thoughts, emotions, and memories. Beyond this noisy internal dialogue is a state of pure awareness that is sometimes referred to as “the gap.” One of the most effective tools we have for entering the gap is meditation. Meditation takes you beyond the ego-mind into the silence and stillness of pure consciousness. This is the ideal state in which to plant your seeds of intention

2. Release Your Intentions and Desires

Once you’re established in a state of restful awareness, release your intentions and desires. The best time to plant your intentions is during the period after meditation, while your awareness remains centered in the quiet field of all possibilities. After you set an intention, let it go—simply stop thinking about it. Continue this process for a few minutes after your meditation period each day.

3. Remain Centered in a State of Restful Awareness

Intention is much more powerful when it comes from a place of contentment than if it arises from a sense of lack or need. Stay centered and refuse to be influenced by other people’s doubts or criticisms. Your higher self knows that everything is alright and will be all right, even without knowing the timing or the details of what will happen.

4. Detach from the Outcome

Relinquish your rigid attachment to a specific result and live in the wisdom of uncertainty. Attachment is based on fear and insecurity, while detachment is based on the unquestioning belief in the power of your true Self. Intend for everything to work out as it should, then let go and allow opportunities and openings to come your way.

5. Let the Universe Handle the Details

Your focused intentions set the infinite organizing power of the universe in motion. Trust that infinite organizing power to orchestrate the complete fulfillment of your desires. Don’t listen to the voice that says that you have to be in charge, that obsessive vigilance is the only way to get anything done. The outcome that you try so hard to force may not be as good for you as the one that comes naturally. You have released your intentions into the fertile ground of pure potentiality, and they will bloom when the season is right.