The Neuroscience of Binge Drinking 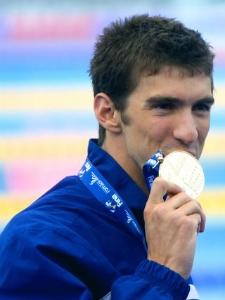 In 2014, after his second DUI, Michael Phelps put his swimming career on hold to check into rehab. This beloved Olympian is reported to likely suffer from binge drinking, which brought about more curiosity as to what classifies someone as a binge drinker. According to the National Institute of Alcohol Abuse and Alcoholism (NIAAA), binge drinking is defined as a pattern of drinking that brings blood alcohol concentration (BAC) levels to 0.08 g/dL or higher (typically about 4 drinks for women, and 5 drinks for men in a 2 hour period). Approximately 10-15 percent of the population is alcohol dependent, and binge drinking costs the United States more than $170 billion annually, so is very common. There are many reasons people partake in binge drinking, and it varies widely from person to person. The one thing everyone seems to have in common however is the brain circuits that become activated during a drinking binge.

Recent neuroscientific research studying this topic reported that turning off a circuit between two brain regions might reduce instances of binge drinking. Researchers found that the extended amygdala and the ventral tegmental areas can together be identified as a functional circuit. The amygdala is a part of the brain associated with psychological stress and anxiety. The ventral tegmental area, or VTA is a pleasure center that responds to the rewarding properties of natural reinforcers such as food, but also the addictive properties of drugs and alcohol. Seems like a lot of big words with a complex meanings, but basically when these two circuits that join together as a one function circuit, the anxiety and stress from one area mixed with the reward for drugs and alcohol center, breeds binge drinking. So to inhibit the circuit connections between these two areas, in science, shows a protection from binge drinking tendencies, but what does this mean for people dealing with this problem?

It sheds a new light on the future of pharmacological treatments that may help individuals curb binge drinking, and may also help prevent individuals from transitioning to alcohol dependence. In our society today it is important to continue identifying alternative targets for treating alcohol use disorders, as they are ever so prevalent. Helping to prevent binge drinking could have a very positive effect on controlling whom the disease of alcoholism reaches, and thus affects on long-term basis.