The Lethal Combination of Prescription Drugs and Malpractice 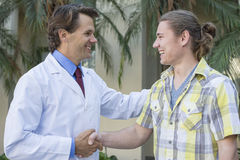 In the United States Prescription Drug overdose rates have more than tripled since 1990, and have never been higher. Everyday in our country at least 100 people die from drug overdoses, and 36,000 die each year, with a majority of these accidental deaths caused by prescription drugs. There is a popular myth out there suggesting illegal street drugs are more dangerous than ones prescribed by your doctor, but it's quite the contrary; prescription drug abuse and addiction kill far more people in our country each year than all illegal street drugs combined. In 2008 powerful painkillers such as Vicodin and OxyContin were involved in over 14,800 deaths, which was more than Cocaine and Heroin combined. So it was no surprise to us that overdose deaths have increased by 300 percent since 1999; more than 12 million people reported using prescription painkillers non-medically in 2010, with more than 475,000 emergency room visits, and these numbers have nearly doubled by 2015.

The main misconception we face in this prescription drug abuse epidemic is that pills prescribed by doctors are safe. People are often confused to why they would be prescribed something addictive and dangerous by the very people who are in charge of their health and wellbeing. So we are going to take a closer look at some of the common miscommunications happening between patients and doctors. Many patients report that due to chronic pain, or often the slightest mention of pain doctors are very willing to prescribe powerful opiates. This has turned into thousands of medical malpractice and wrongful death suits, with more and more each year.

It seems that we hear about these cases when the victim happens to be a celebrity, and other times it often gets brushed under the rug. In 2015, ABC News was looking back at this famous deaths, and reported that Demerol and OxyContin were found in Michael Jackson’s body following his death. Police also found as many as 20 other powerful prescription drugs in his LA home including: Methadone, Percocet, Dilaudid, Vicodin and Fentanyl. It was reported that he was paying up to $150,000 a month to the doctor administering him all of these drugs. We watched Whitney Houston go through the same thing, Heath Ledger, David Bowie and Prince. Celebrities in particular are prone to prescription drug abuse as they have the money, and the fame to get what they want when they want; they don’t face running out or having to hit the streets in desperate times. They instead get to rely on the unethical doctors out there supplying their drug abuse habits. But it is important to note that not just celebrities engaging in these codependent relationships between immoral doctors and their drug addicted patients. Nor are all doctors out there immoral and corrupt. However, the question then arises: who is responsible for the unintended and tragic consequences that come from these dangerous and illegal relationships? The answer is, that unfortunately we are still figuring that out case by case, year by year.

To conclude this controversial topic, the combination of prescription drug addiction and medical negligence create this “perfect storm” of corruption, misery, and death plaguing the U.S. today. It is important for us as a society to address these growing issues head on, to not let the stigma hide what is happening at epidemic proportions. If you or someone you love is struggling with substance abuse, please know there is help, visit the link below for more information and resources.