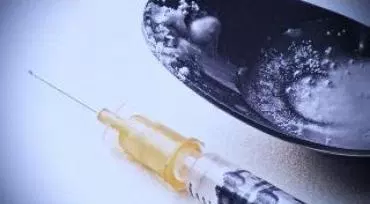 Drug makers have found a way to create synthetic fentanyl, and add it to heroin being sold on the streets of Utah. The narcotics department has reported that local dealers are trying to increase profit margins by cutting the heroin with this synthetic fentanyl. The biggest problem being that they have no idea how much fentanyl is too much for a person to ingest. Fentanyl is reported as the most powerful opioid medication out there. It is 50 times more potent than morphine, and 30 to 50 times more potent than heroin; just a quarter of a milligram (0.25 milligrams) can kill you. They are calling this heroin mixed with fentanyl “hot shot” heroin, and it is reported that unknowingly getting this on the street, it is likely that one dose will cause an overdose, and even death.

There is no regulation on this synthetic fentanyl, and a very tiny amount can be too much for most to handle. Because people don’t know the fentanyl is even in the heroin, they do too much, their bodies can’t handle it, and they overdose. According to the latest numbers from the U.S. Centers for Disease Control and Prevention, 5,500 people died of synthetic opioid overdoses in 2014. Of these deaths most of them were related to fentanyl, which is an 80 percent increase from 2013. In 2015 the DEA issued a national alert stating, “Drug incidents and overdoses related to fentanyl are occurring at an alarming rate”. This year in our neighboring state of California, fentanyl was passed off as the prescription drug Norco and sold on the streets. In just one 10-day period, this batch of drugs sold was responsible for 10 deaths, and 48 overdoses.

The danger of this powerful opioid fentanyl is not just to its users. It can be a threat to anybody who comes in contact with it. Fentanyl can be absorbed through the skin, or inhaled accidentally. Fentanyl comes in several forms. In the hospital, where it is regulated, it can be injected, comes in patch form, or given as a lollipop or lozenge. On the streets, not regulated, it comes in powder form, a pill, or as a piece of blotter paper for under the tongue. It is important for people, addicts and not to be aware of this dangerous drug, and the direction heroin and other dangerous street drugs are moving in.