Talking to Your Kids About Drugs Alcohol 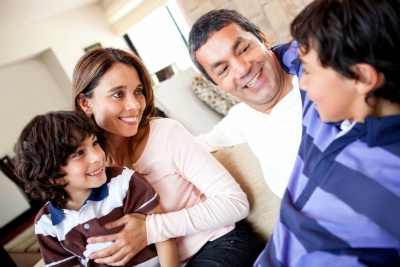 More than 24.6 million people in the United States are addicted to drug and/ or alcohol. That is about one in every 10 Americans over the age of 12. The fact is that even pre-teens struggle with drug and alcohol abuse and the numbers are only increasing each year. This can be a tough topic for families to tackle, but you don’t have to wait until it’s too late to start the conversation. Many parents wonder what a good age to start talking to their kids about this is. It is said that kids are less likely to use drugs when parents provide guidance and clear rules about not using drugs, don’t use drugs themselves, and spend quality time have meaningful conversations as a family. It is recommended that parents begin this conversation about drugs with their kids during the elementary years, and today even preschool is not too early, Starting with how important is to take care of their bodies, and how to start making good decisions there helps immensely.

Educate your kids about the harmful effects drugs and alcohol can have on their brains, bodies, and their ability to perform in school and at sports to their best abilities. Teaching your kids how to say no through role-playing is a great way to for them to practice the power of their own decisions. Peer pressure is all around them at school, and since avoiding it is near to impossible, helping them learn how to best handle it can make a world of difference. Let them know that it is ok to blame you, or their pediatricians if it will help them stand firm in using the word no. Try to avoid giving your kids an excuse to even try drugs, avoid condoning the “everyone experiments at some point in their lives” belief. Let them know that no matter what other kids say doing drugs and drinking alcohol does not make them cool or popular. Help encourage healthy behaviors and activities outside of school such as sports and in the arts.

Lets look at some of the common warning signs suggesting that your child may be struggling with a drug problem, or heading in that direction. Behavior changes could include but are not limited to: changes in mood, sleeping, eating, friendships and school performance. Physical signs to look out for are: having bloodshot eyes, losing or gaining weight quickly, tremors, slurred speech, and either smelling like smoke or wearing heavy perfume/ cologne in an effort to cover the smell of smoke. If you suspect something might be going on with our child talk to their pediatrician about appropriate actions to take, and treatments to look into if needed.