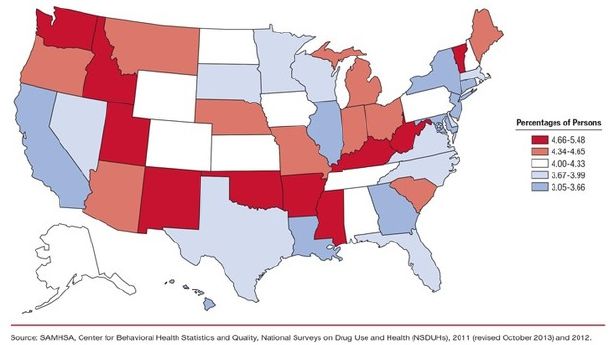 Utah has the highest rate of mental illness in the nation, according to this new study.

About 22.4 percent of the adult population in Utah experienced a mental disorder in the past year, according to recently released statistics. Out of those people, 5.14 percent had a severe mental disorder that interfered with their daily activities.

The study was conducted by the Substance Abuse and Mental Health Services Administration, which is an agency within the U.S. Department of Health and Human Services.

"The presence of Severe Mental Illness and Any Mental Illness in every state reinforces that mental illness is a major public health concern in the United States," researchers wrote. "Factors that potentially contribute to the variation are not well understood and need further study."

The statistics were based on findings from the annual National Survey on Drug Use and Health, which is sponsored by SAMHSA. They conducted interviews with a representative sample of 92,400 people aged 18 or older.