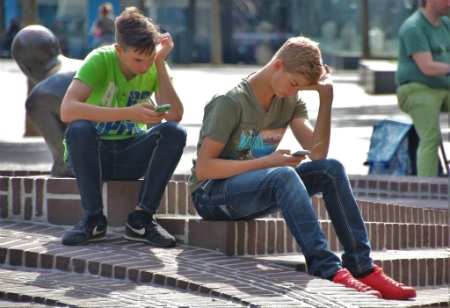 As we approach just over a decade from the founding of Facebook and the rise of social media, we still seem to be plowing ahead in uncharted territory with regard to the psychological dynamics of this human experiment in action.

Mainstream psychology and research seem to be barely catching up with the mental fallout from this tidal wave of technology-driven activity, even as it upends and influences our society in unexpected direction, such as the recent election and effects on everything from the media, dating, shopping, music, etc.

On the positive side, the internet economy and social media have permitted connections and free flow of ideas that were never possible to this vast extent before. Initially it felt like a democratizing force, where anyone who wanted a say could have a say, could put forth blogs, videos, businesses, and more.

But there has been a dark side as well to social media and the internet; at times it has felt anarchic and shadowy, where people can also hide behind the anonymity of an online avatar to enact mischief. There has been a disinhibiting effect to this avatar universe; people who perhaps in real life feel more bound to social convention or are held more accountable go “wild” online.

On the good side, people may become less “shy” online and can connect with others they normally wouldn’t meet; this can be helpful to people with social anxiety or other conditions that affect their in-person interactions. On the bad side, people may feel free to indulge in malice or mischief without fear of direct disapproval or consequence; they may be more ready to engage in bullying or deceit or other toxic behaviors.

“Trolling” is one well-established behavior now, epitomized by recent episodes of South Park where a mild-mannered lawyer father secretly becomes the world’s most notorious troll when he harasses and slanders others with hate speech and more. Trolls are felt to be attention-seeking malcontents who get a rise out of provoking others with socially unacceptable or hostile comments. Comments sections of most media publications are riddled with trolling behaviors and have become a major dilemma for editors; where to draw the line with free speech.

Even beyond frank trolling, the nature of internet communication allows for heightened and heated opinions and conflicts, leading to amplification and polarization of viewpoints at times. Some have postulated that the recent presidential election may have been influenced by this social media polarization.

Aggravating matters is the clickbait media economy, where provocative stories in all major media outlets induce “clicks” which drive revenue. Even worse are sites that serve up “fake news” where misleading or even frankly erroneous stories are circulated as is. Overall, the information online becomes gasoline to the flames of human anger and anxiety, tendencies that can and have been manipulated by people recognizing those trends.

The other big behavioral factor being manipulated by some is the addictive nature surrounding social media; the instant gratification that the internet provides can be highly alluring. Right away, at a moment’s notice, you can go online and access people’s commentary, videos, postings, all of which gives one an instant source of stimulation and interaction. This interaction can certainly be pleasant and positive, but when it turns into excessive distractions from real-life activities or interactions, the constant stream of stimuli may not be a great thing. And social pleasantries as mentioned before can turn on a dime into heated conflicts and arguments, or overexposure to traumatic news or events, all of which can quickly turn into dangerous emotional strain and toxicity.

"Social media amplifies human nature, which can become dark and stressful when its worse tendencies are encountered. Some recent studies and reports indicate that social media may worsen depression and anxiety for some vulnerable individuals."

Overall, pundits and researchers need to continue to step back and examine the overarching psychological fallout and tendencies of the rapidly growing internet and social media universe, and provide caution as needed to the public. In many ways, this new world can be a force for good, for the best aspects of community building, opportunity, and human connection. But the power of social media and its influence on the human psyche cannot be underestimated or ignored as well; we need to stay vigilant towards its negative effects and how human social tendencies can be manipulated or misled towards darker ends by its capabilities.