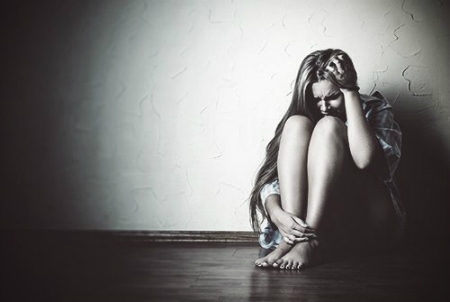 When it comes to addiction, those who are addicted may seem completely unreasonable and incomprehensible to people not struggling with addiction. Often with grief and concern tinged with frustration and exasperation non-addicts wonder how an addicted person can be so wrong about his own use and not see the devastation he may be wreaking.

How could a person be so devastatingly and destructively self-deceived?

Philosophy has not always been helpful when it comes to the topic of self-deception. In philosophy, many of the discussions of self-deception draw from or play off against a narrow conception offered by Bishop Butler in Fifteen Sermons Preached at the Rolls Chapel. Butler defined self-deception as intentionally maintaining contradictory and not just inconsistent beliefs. Two beliefs contradict when one belief asserts something (p) and the other asserts its exact denial (not-p). A contradiction can never be true. Examples include:

Keep in mind that in the 1700s, there was no conception of sub-or un-conscious where beliefs could reside. Rather, the mind was understood as something like an open room in which the light of reason could illuminate all its contents. Given this picture, the person who did hold contradictory beliefs is failing in some way because he is intentionally holding onto something that cannot be true. Blame attaches to the intention.

More contemporary treatments of self-deception have rightfully targeted the intentionality requirement of Butler. Jettisoning the intentionality requirement makes possible more nuanced accounts of self-deception that are more congruent with common sense experiences. Alfred Mele offers an account that displaces the necessity of intentionally holding contradictory beliefs with a tendency to treat evidence in a motivationally biased manner. When we are motivated to believe something, we tend to operate with some confirmation bias. We look for evidence that supports our belief and tend not to give as much weight to evidence that would challenge that belief. Furthermore, we incline toward what is close at hand. People more readily accept as evidence what is right before their eyes especially when it supports their belief. Thus, self-deception involves motivated false belief.

In the case of the person struggling with an addiction, he may be motivated to see his drinking as regular or normal. It isn’t even a problem so it certainly is not an addiction. He has a stake in seeing himself in a certain way. He may assemble evidence for his belief about not having a problem by pointing to others in his circle of acquaintances (people ready at hand) who consume more than he or who have experienced significant losses as a consequence of use. He may point to the fact that he has stopped for some periods of time as evidence against his having an addiction (confirmation bias). He may not recognize that some of his friends who drank just like him have quit because that might challenge his belief. The addict’s self-deception is fueled by the motivated false belief that he does not have a problem.

Understanding self-deception as motivated false belief gives addicts and people who live, love, and work with us at least two fronts on which to work. The first concerns motivation and the second the falsity of the belief. To overcome self-deception, understanding motivation (the horse) comes before recognizing the falsity of a belief (the cart). So long as motivation remains opaque to a person, it will be very difficult for him to convince himself or be convinced by others of the falsity of a belief. Confirmation bias runs far and wide when it comes to gathering evidence about whether someone has an addiction.

If a person can begin to understand what is motivating him to hold certain beliefs and views about himself, he gains crucial knowledge. Motivations are often complicated and mixed. To explore them with intention and care is an important first step. Addiction is, in some sense, a habit. A habit is done automatically without conscious intention. When we slow habitual actions by asking why we are doing something, we take ourselves out of the autopilot mode.

There are many ways to begin to understand one’s own motivations. Our friends and families often see our motivations more clearly than we see our own. Here it is perhaps a matter of trust or leap of faith to accept their insights. One can also see one’s own motivations in reading about others’ experiences. This in part explains the popularity of memoirs of addiction. The best memoirs are those that resonate with readers’ experiences. A person learns about himself when he sees his own experiences in someone else’s. The same happens when a person hears experiences in the stories of others in different support/self-help groups. People who may be very different from each other in all sorts of significant ways may share commonalities about why they did what they did and how they started to do things differently.

It is true that each person is subject to self-deception in the sense of motivated false belief and confirmation bias. This may provide some common ground for people who just cannot understand how people could be so self-deceived about their addictions.