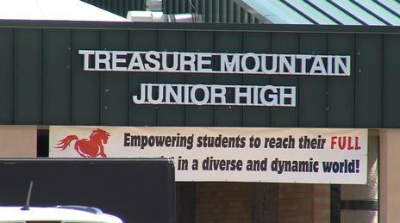 There is a new synthetic opioid in town, and it’s not looking good. Two 13 year old boys died suddenly last week in Park City, and speculation is that it was due to this hot but deadly new drug, ‘pink or ‘pinky’.

Each teen died alone in their homes, around 48 hours apart, and with no visible signs of a drug overdose or alcohol poisoning. A connection has not been made official yet, but the police have found a good amount of chatter on social media making it look like a pretty likely possibility.

Since the boy’s deaths the school district has released alerts and information to parents regarding this legal, and extremely dangerous drug. On Monday the Park City Police Department and school district released a joint, community wide alert about the appearance of this synthetic research drug. There have been two reported deaths in Utah from this drug, due to fatal drug overdoses, one in Salt Lake County and one in Iron County. The alert released explained that this synthetic opioid is growing in popularity among the recreational drug scene throughout the United States.

This drug is ready for purchase on the internet legally at this point, coming primarily from Chinese suppliers. The drug is so new it has not yet had a chance to even become illegal. The substance is known to be extremely toxic, even in small amounts, appears to look like crushed up Tylenol, but could look like anything at this point. It could be wrapped up in candy wrappers, or the powder could be concealed in eye droppers or inhalers.

They want parents and teachers to be proactive in identifying this drug’s presence and prevalence. In their statement they went on to say that “no matter what the popularity of this drug is growing, it is present, and there is no ignoring it, we just want parents to be aware,” they stated. The toxicology reports for the teens have been ordered, but the results can take up to eight weeks to get, so for now police wait for the medical examiner to release that information to them.

For now police are continuing to comb through social media cliques and conversations, looking for any further information. They are talking with many students and their parents, as well as exhausting all other possible causes of the unexplained, and seemingly identical deaths of two best friends.