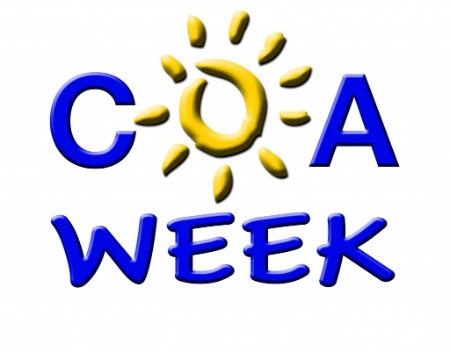 National Children of Alcoholics Awareness Week starts February 18th! It will help spread public awareness about the impact of alcohol and drugs on children and families. Alcoholism is a chronic, widespread disease with a far-reaching impact.

According to The National Association for Children of Alcoholics (NACoA), children of alcoholics have poorer language skills, they have more absences from school, are more at risk for mental and physical health issues. Additionally, these children are at a significantly higher risk of becoming alcoholics themselves when they grow up.

No child should go through such trauma, but for an estimated 6.6 million children under 18, this is their daily life because one of their parents’ is an alcoholic. One in four children in the U.S. are exposed to alcoholism or addiction to drugs and this is what life looks like to them. Roughly 10 percent, or 33 million people of the population in America is estimated to be addicted to alcohol or drugs. That means there are millions of parents, spouses and children who are negatively impacted as they live with a person suffering from addiction.

The most logical answer is to remove a child from their home environment if they are impacted by a parent’s addiction. This, it is argued, would allow the child to live in a stable environment while the parent gets treatment. However, it not only breaks up the family unit, but it could also create a more unstable environment and make the situation worse.

It need not always be the case. Newer treatment modalities like Ambulatory Detoxification bring the family of the person addicted to drugs or alcohol into the treatment process and help to make the living environment less dysfunctional. As the family understands the patient’s struggles, they are able to provide an elevated level of support to the patient at home. A child would get a better perspective on their parent’s behavior and can begin to heal their own wounds in tandem with their parent.

Elected officials and policy makers are now focusing on the impact of the family of the person addicted to drugs or alcohol. The person suffering from addiction issues eventually has to live in their home environment and a more supportive family environment will go a long way in helping people in recovery maintain their sobriety.