Men vs Women How Addiction Differs 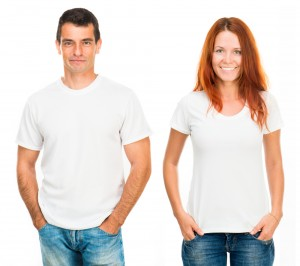 Drug addiction is equally devastating for both men and women. Studies from the 1980’s and 1990’s compared men and women and addiction patterns. It showed that overall drug addiction was more common among men than women. Specifically it showed that males started using at a younger age, were more likely to abuse alcohol and tobacco, abused drugs more often in larger amounts, and they were more likely to engage in binge drinking. A 2013 study done by the National Survey on Drug Use and Health proved that about 12 percent of American males, at age 12 were using illegal drugs. In comparison females of the same age group came in at just over 7.3 percent were using illegal drugs. It has also been proven that illicit drug use is higher in males than females throughout the high school and college years.

According to the NIDA (National Institute on Drug Abuse), males use drugs at an earlier age not because they are more susceptible to drug and alcohol abuse, but because they are presented with more opportunities to engage in it. Males often times introduce teenage girls to drugs, and after the introduction they are both equally as likely to continue using. Females tend to become addicted more quickly than men, they tend to relapse at higher rates, and suffer more often from serious consequences to their physical health, in relationships, and in employment/ occupational status. The reasons for this are still being studied, but Neuroendocrinology has shown the difference in brain chemistry, and female hormones such as estrogen could be a cause for their susceptibility to certain drugs. Mood disorders and eating disorders are also more common in women, predisposing them to certain substances and the addiction to them.

Depression is twice as common in females than in males as well. With depression, anxiety, bipolar disorder, anorexia, and bulimia narcotic medications can be prescribed. With the chances of substance abuse already higher in women suffering from these illnesses, you add in controlled medications, and their vulnerability to chemical dependence begins. According to the Harvard Medical School, more women receive emergency treatment for opioid addiction and abuse, as there are more chronic pain conditions effecting women than men. When it comes down to treating substance abuse and drug addiction, women and men can equally benefit from integrated, and comprehensive programs that focus on the full continuum of care; detox to residential treatment, residential to transitional living, and for some outpatient along with the final transition into sober living.

A Study of Drug Addiction Between the Genders