Kratom to Become a Schedule 1 Drug 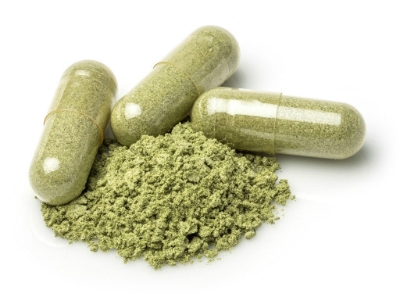 The United States Drug Enforcement Administration (DEA) announced several weeks ago that it intends to halt Kratom’s unrestricted availability in this country, citing an “imminent hazard to public safety,” and planning to achieve this through designating Kratom a Schedule 1 drug; translation: it will be in the same class of drugs as heroin, LSD, marijuana, and ecstasy. The DEA’s decision is based on the concern that Kratom has a high potential for abuse, and little proof that its use produces medical benefit. As you may imagine, this imminent regulatory roll-out has rallied opponents of many illnesses: Almost 150,000 people signed a petition asking the federal government to reconsider, and the guess is that research scientists were among the signatories. As banning of Kratom would likely result in a grinding halt to the research that is being undertaken to assess the impact of Kratom on chronic pain and addiction. In small amounts, Kratom acts as a stimulant. In large amounts, it has sedative properties, and the DEA says it can lead to psychotic symptoms and psychological addiction. The National Institute of Drug Abuse has identified Kratom as an emerging drug of abuse. Published case reports have associated Kratom exposure with psychosis.

What is Kratom? Well it is derived from a tree (Mitragyna speciosa korth) grown in Southeast Asia, Kratom has become increasingly popular as an alternative to opioids, both to treat pain and to ease opioid withdrawal. It is also used recreationally for both its stimulant and its relaxation properties. It’s leaves have been used for centuries to relieve pain. Other names for Kratom include Thang, Kakuam, Thom, Ketum, and Biak. This botanical can be eaten raw, but more often the leaves are crushed and brewed as tea; and the more industrious have formulated Kratom into capsules, tablets, and concentrated liquids. Anecdotal reports suggest it is less addictive than opioids, and there are many companies in the United States that advertise it as a legal high. In contrast however, several Southeast Asian countries have outlawed it because of addiction concerns. We will keeps our eyes on this as to when the DEA will officially get it on the Schedule 1 drug list.