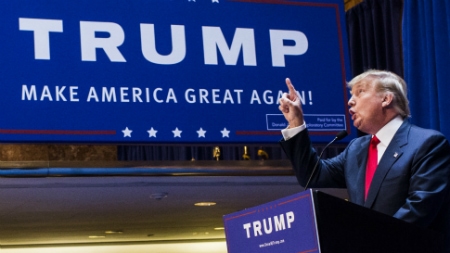 The country is up in arms over how many people will lose health care under the Trump administration’s new health care plan. On Monday the Congressional Budget Office (CBO) published a report estimating that the number of uninsured Americans would increase by an additional 24 million people to total 52 million by 2026.

(“In 2026, an estimated 52 million people would be uninsured, compared with 28 million who would lack insurance that year under current law,” the authors of the report write.) By next year at this time they estimate that number to jump by 14 million.

This would reverse the current trend in the United States of reducing its number of uninsured inhabitants to the lowest rates in over 50 years. Under the Affordable Care Act (aka the “ACA” or “Obamacare”) the rate of uninsured Americans plunged from 15.7% in 2010 to 8.6% in September of 2016.

"This means that if the CBO’s numerical projections are correct the rate of uninsured Americans will increase by 7.4%, approximating the number of uninsured prior to the ACA being signed into law."

The sector of the United States that would be most severely hit by the subsidy- and cost-slashing that comprises the House’s “American Health Care Act” is rural America, which most greatly benefitted from the ACA’s subsidies and expansion of Medicaid. Ironically, rural Americans were some of the staunchest Trump supporters in the 2016 election.

Other demographics to be hit hard by imminent changes in health care law include senior citizens, who paid less for Medicare under the ACA and would have to shoulder higher deductibles, premiums and copays under the Trump plan, as well as lower-income individuals who would receive thousands of dollars less in tax credits that, under Obamacare, allowed them to actually afford healthcare.

“And what of the million Americans who require health insurance to cover mental health and substance misuse related treatments? What does the ACA’s repeal and the stipulations set forth in the GOP’s new health plan mean for them?”

“By the year 2020 the Substance Abuse and Mental Health Services Administration projects that spending on mental health care will increase to $280.5 billion.”

Technically speaking, the American Health Care Act does not repeal the Mental Health Parity and Addiction Equity Act (MHPAEA), signed into law in 2008, which requires health insurance plans to cover mental health- and substance misuse-related treatments just as they would cover treatments for chronic physical health issues (such as diabetes or cancer). Under this law plans cannot charge more for a mental health or substance misuse treatment than they would charge for a physical health treatment, nor can they limit the number of visits to a mental health care professional if that treatment is required to manage a chronic mental health concern (like schizophrenia, addiction, or depression).

However, the GOP health bill would, beginning in 2020, remove a requirement set forth in the ACA that mandated Medicaid to cover basic mental and behavioral (including substance-related) health services. This would threaten the care that over 1.28 million people grappling with mental health issues receive thanks to Medicaid’s expansion.

Despite Trump’s promises to “take care of those people” who are addicted to opiates in the United States a number the National Institute on Drug Abuse estimates to be 2.1 million “the current version of the Trump-backed Republican healthcare plan would end the Obamacare requirement that addiction services and mental health treatment be covered under Medicaid in the 31 states [not including D.C.] that expanded the health care program,” Dan Merica reported for CNN on Sunday.

In the coming months and years it remains to be seen how coverage for mental health care and substance abuse will change (or shrivel) under the Trump administration. In addition to the health care bill currently moving through the House and Senate, Trump’s stance on psychological and behavioral health has primarily surrounded caring for the mentally ill as an alternative to gun control, furthering the promotion of poor mental health as a scapegoat for gun violence deployed by many Second Amendment proponents.

But aside and apart from coverage or political opinions held by those in high office, we also have the problem of a reported rise in stress following the recent election cycle. According to a February 2017 poll by the American Psychological Association, 57% of Americans feel that “the current political climate is a very or somewhat significant source of stress” and between August of 2016 to January of 2017 “the overall average reported stress level of Americans rose from 4.8 to 5.1.” This trailed a 2016 poll spearheaded by psychologist William J. Doherty that found nearly 43 percent of respondents to have experienced “emotional distress related to Trump’s campaign.”

Additionally, the fallout from having an administration bent on repealing federal protections for vulnerable groups in America has raised the tenor of mental health (not to mention safety) concerns in minority groups like the LGBTQ community. Following Trump’s election, for instance, crisis call centers run by The Trevor Project and Trans Lifeline saw a spike in call volumes. Religious minorities have also experienced a markedly decreased sense of safety, following an uptick in hate crimes since Trump’s election.

Contrary to common stereotypes about Medicaid, the expansion of Medicaid has actually enabled many Americans to stay in the workforce. Breaking down how 2/3 of the adults on California’s Medicaid program are either working full or part time — if not actively seeking work — Micah Wineberg, Ph.D., a health policy analyst with the Bay Area Council, explained to Kaiser Health News’s Stephanie O’Neill that “Medicaid coverage alone in California increases the amount of economic activity in the state by 1.7 billion dollars because people are healthier and they’re showing up to work, and they’re more productive when they’re there.” O’Neill concludes “that’s bound to be the case in other states as well.”

All things considered, the current reality and our projected future under a new administration that likely won’t prioritize mental health concerns, especially not those of sexual and religious minorities, does indicate that the sphere of mental health will take a hit in the coming years. With dwindling resources to help boost mental and behavioral health outcomes, coupled with a dismissive (of not hostile) attitude towards various sexual and religious minorities in the United States from the executive branch, the burden of mental health care will fall largely on states and supportive communities within those states a very hefty tab.