How Jobs, Housing and Friendships Aid in Recovery 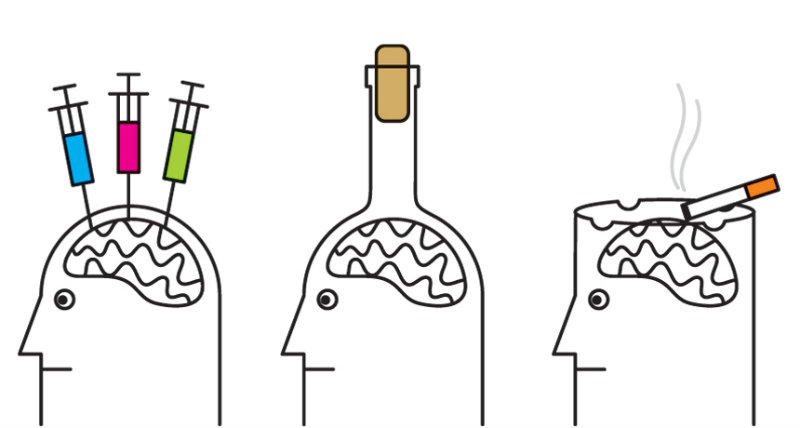 In treating addiction we have become adept at the detoxification and initial stabilization of individuals suffering from substance use disorders. Through a combination of effective medications and social, cognitive-behavioral, and milieu therapies, people can accrue many days, weeks, and months of initial improvement, abstinence, and remission.

But how do we sustain these initial gains to ensure robust remission & long-term recovery? What effect do jobs, housing, and friends have on the brain of individuals in recovery from addiction?

Stemming from behavioral economic perspectives, there has been increased emphasis on how to enhance individual's’ recovery resources, or “recovery capital," to help provide the resources necessary to enhance the chances of remission. These include:

"If addiction is a “brain disease," then how exactly could providing such resources and helping people engage with them enhance brain changes and recovery?"

Neuroscience offers some clues regarding how greater availability and accessibility to recovery capital can actually induce brain changes that foster reduced relapse risk and enhance the chances of continued remission.

Several studies have shown that chronic exposure to substances leads to changes in the dopamine reward pathways including, notably, reductions in the availability of the dopamine receptors (D2 receptors in particular) that facilitate the experience of reward. These adaptations are the brain’s attempt to adjust to and cope with the abnormally high volume release of the neurochemical dopamine that comes from consuming powerfully reinforcing drugs.

The brain adapts to this high-volume release of dopamine by down-regulating the receptors in order to try and keep things in balance (you can think of this as akin to sticking your fingers in your ears when a noise is too loud). This down-regulation, in turn, results in a desensitization or dampening of the reward path such that the person has to increase the dose to get the same effect that they got at the lower dose.

As they increase the dose further, the brain tries even harder to down-regulate and adapt to the even higher dose, further dampening the rewarding experience, leading to even higher doses, more down-regulation, and so on. This process of neuronal adaptation, or “neuroadaptation," is one of the major processes involved in producing the addiction syndrome. This, in part, is due to the fact that the chronic down-regulation of these receptors also means that when the drug is not present (i.e., the loud noise is gone) the individual who has become so accustomed to the presence of the drug to keep neuronally balanced and feel OK, is now in a state of profound pleasure deprivation or “hedonic deafness”. This is akin to having your fingers still stuck in your ears when there’s no longer any loud noise present. So, now, you can’t even hear normal levels of sound properly.

This blunting of reward in early recovery makes it incredibly hard for people to maintain abstinence early on; everything feels just so blah that people crave to “hear” that signal once again and often resume drug use to accomplish exactly that. If the person is able to abstain from the drug long enough, the brain can re-calibrate and re-adjust to the absence of the drug, but a lingering question is whether anything can be done to more quickly facilitate up-regulation of these receptors.

“An intriguing study conducted by Drake Morgan and colleagues with primates offers some clues as to how environmental changes can alter the brain and increase the chances of recovery in humans. Similar to humans, monkeys like to socialize in groups, and they also like cocaine. The study scanned monkeys’ brains using positron emission tomography (PET). First, when they were isolated and housed individually, and then again after they were housed together in social groups. The monkeys were also given access to cocaine which they learned to self-administer and found highly rewarding.

The research team wanted to see what happened in the dopamine D2 receptor system when the monkeys’ environment changed and they went from isolation to social reintegration; and also, what happened to their use of cocaine as a result of these changes. What they found was quite remarkable. When the monkeys transitioned to the social group housing there was a substantial increase in D2 receptor volume, but most notably among the dominant monkeys at the top of the pecking order. The subordinate monkeys, who had diminished social status without easy access to food, water, and social affiliation, did not show a meaningful increase in their receptor system despite their social reintegration. In other words, the monkeys that had more self-determination and control over environmental events, such as social interaction, and who had greater mobility through the environment, were found to undergo the greatest adaptive neurological changes with observable and substantial increases in receptor volume. Importantly, from an addiction recovery viewpoint, these monkeys were the least likely to self-administer cocaine again.”

What might the implications of this study be for addiction recovery in humans?

Read the rest of the article on psychologytoday.com