"Hitting Rock Bottom" Before You Change Isn't The Only Way 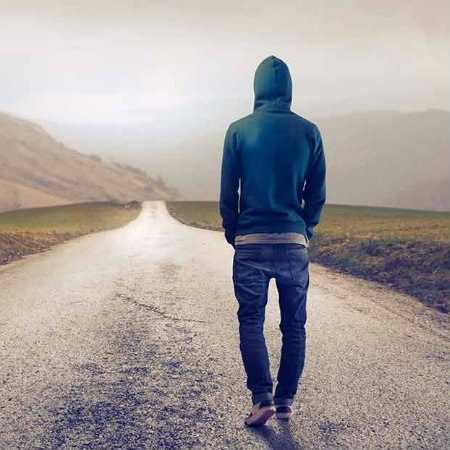 In a recent interview, Depeche Mode’s frontman, Dave Gahan, discussed how years ago his heart stopped for minutes after an overdose. “This was a reminder of how hitting bottom before changing is often a fallacy. Haven’t you often heard many people declare... “you have to hit bottom before you change.”

Certainly, my experience with addicts indicates they don’t change for their spouse, lover, boss, pastor, parent, children or parole officer. An addict will only change when they want to, for themselves. The same can be true for non-addicts.”

Many addiction therapist have encountered numerous addicts like Mr. Gahan, now in recovery, who have been pronounced dead from an overdose. Can there be a deeper bottom than being dead? Yet, each of these addicts when asked if that event had kept them clean, replied that they still relapsed. I've treated heroin addicts who knew a friend had used a specific batch and died from an overdose. They welcomed the chance to acquire that very batch judging it had to be potent.

So why doesn’t hitting bottom cause addicts and non-addicts to change? It’s as if some behaviorally appear to need to hurt/punish themselves, to self sabotage. It's as if some behaviorally drive themselves up to the gates of hell, pour gasoline on themselves, and see how close they can get before they shift into reverse. If a person is intent to be self-destructive and to sabotage, is there anything which could facilitate necessary changes in direction?

First, we need to understand what is self-sabotage? To put it simply, think of someone you love. Would you want this person to live the life you’re living? Every facet of your life? When you are doing anything, you don't want someone you love to be doing, you're engaging in behavior which I consider to be self-sabotage. This occurs when a person undermines success by doing something to mess things up. The addict relapses. The person finally working a job does something to get fired. The person in what was a loving relationship, has an affair.

Imagine the following. If you were going to the grocery and a friend asked you to pick up some milk, what would you do? Pick it up, of course. What would you do if your worst enemy asked you to pick up some steaks? Nothing, I bet. The point is we do favors for friends and not for enemies. This translates to ourselves. When we like ourselves, we do favors for ourselves. When we don’t, we treat ourselves like an enemy and can withhold performing positive actions.

The strategy for most is to keep ourselves as self-constructive as we can. This is difficult because many have a draining, internal cerebral war going on. It's the battle between what I like to call your good dog and your bad dog. The good dog wants you to take care of yourself, walk the walk, while the bad dog wants what’s worse for you. It's cunning, deceitful and powerful. If you are psychoanalytically influenced, call it the ego vs id.

We all have a critical judge in our heads. Some might consider this to be the negative cognitions. This judge is powered by our negative feelings like guilt, shame and self-anger. Anything we do, have done, or fantasized about that causes regret, guilt, or shame, feeds this judge. Over time, this critical judge then pronounces your sentence... you are guilty. He hires the bad dog to go get you. You then can operate behaviorally like you have the need to punish yourself because at some level of consciousness you believe you deserve it. This is demonstrated through self-sabotage. When one does this, increased stress is often the consequence. This makes the person feel even worse. Many cope with this stress by doing something that creates even more stress (substance abuse, acting out sexually, gambling, working too much). The less one copes, the more guilt and inadequacy can be felt. This in turn can lead to more self sabotage. As you can see, a continuous loop can be created..

What can be done to break this cycle? It can be broken if a person is able to learn from and let go of their past. People need to make peace with their past. How do you cease to hate yourself for your fallibilities? Understanding can lead to acceptance which can lead to forgiveness.

I have my clients put what I call their adult eyes on the past. What this means is to re evaluate what has fed that critical judge as a rational adult. It’s not an original therapy maneuver to have the adult write a letter to their self-as a child, explaining what was actually going on in the past which created guilt, shame etc.. . When they were a child, they weren’t able to think and process as well. They didn’t have the adult perspective. People feel bad for things for which they are not at blame. How many inwardly feel badly because their parents divorced? Children of addicts often feel they are responsible for their parent’s relapse. It’s irrational. Some children who have been abused think their actions must have brought this on. Some of my consumers who were victims of sexual attack were extremely unfair to themselves thinking they might have done something to have brought it on. I’ve seen military people who blame themselves for a comrade dying, wishing they could have seen something which would have prevented the tragedy. Some carry scars from just daily events like breaking something, or felt they caused a sickness or death. I’ve had clients who even felt badly because of some esoteric, minute event like striking out with the bases loaded. The kind of things we carry around often is so irrational. These all can be explored in therapy, where, hopefully, a resolution can be reached.

Take a moment and ask yourself, what has fed or feeds your critical judge? Make a list. A good indicator is to be aware of your top secret. Does it haunt you? Have you ever discussed it? Does it lead to self-sabotage? If you are immersed in addiction or other problems, or know people who are, hopefully this can help lead them in a direction to discuss these issues in more detail. My hope is you are not waiting to hit bottom.