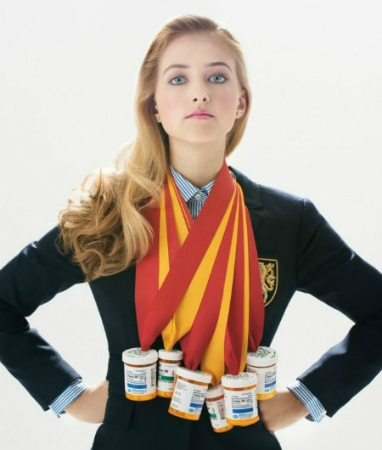 “Dad stop! Everyone drinks!” Thus spoke your tenth grader as you found vodka in her closet. As a parent, should you calm down, or be alarmed? Be concerned, if not alarmed, according to new research. In a study of teens from high achieving schools, we found troubling rates of addiction as we followed them across young adulthood. Our kids are not alright.

Our research on substance use among this subgroup began with a fortuitous discovery almost two decades ago, in a study comparing inner-city students with their suburban counterparts. To our surprise, we found that the latter reported using drug and alcohol use much more frequently than their counterparts in poverty, and also more often than those in national normative samples.

Since that time, we’ve replicated findings of elevated problems across different high-achieving schools across the country - private and public schools, in cities and in suburbs. Aside from drug and alcohol use, our findings have shown rates of serious rule-breaking behaviors, as well as depression and anxiety, that are two to three times those of national norms.

In the most recent study published with my student Phillip Small and colleague Lucia Ciciolla, the question we addressed was whether the frequent substance use recurrently seen in high school might dissipate subsequently (once the college admissions pressures were over, for example). In other words, was this largely an adolescent-limited phenomenon?

Results showed that it was not. In annual assessments, we documented frequency of using alcohol and different drugs, as well as psychiatric diagnoses of addiction, in two cohorts of youth. Both cohorts were assessed as high school seniors, and one was followed then through college (ages 19-22) and the other through two years post-college (ages 22-27).

In both cohorts, rates were consistently elevated, relative to norms, in drinking to intoxication, and in the use of marijuana, stimulants such as Adderrall, club drugs such as ecstacy, and cocaine.

Still more troubling were rates of addiction – that is, not just abuse of substances but diagnoses of dependence, as determined by one-on-one psychiatric interviews. By the age of 26, these rates were 2-3 times those in norms, with diagnostic criteria met by 23-40% of men, and by19-24% women.

What gives -- why such high rates? Several factors are likely implicated.

Foremost is the pressure these youngsters experience - to excel across multiple academic courses, and multiple extracurriculars. A common refrain heard is, "we work hard, and we play hard". And the "playing" involves parties with drugs and alcohol. A second factor is peer group norms that tacitly encourage substance use. It is the rare social get-together that is substance-free.

Also implicated, of course, is having the money to buy substances plus fake ID's of the best quality. Not all kids in high-achieving schools are affluent but most are (real estate prices are related, for example, to schools' standardized test scores).

Finally, we as parents might minimize detected use for a couple of reasons. One is because these kids are able to maintain impressive performance academically and at extracurriculars, despite using (and sometimes because of it, procuring stimulants to pull all-nighters). The other reason is because it is frightening. Little scares a parent more than the prospect that her child is putting himself in danger, and acknowledging this squarely is deeply unsettling.

But acknowledge we must. The same longitudinal study showed that back in high school, if the kids had believed that their parents would have few repercussions for detected substance use, they were much more likely to show elevated use then, and also subsequently, across adulthood.

What to do, to mitigate this problem:

For one thing, kids and parents simply cannot afford to be dismissive about substance use as just something that “something all kids do” at high-achieving schools. In addition to risks for long-term addiction documented here, it would help for parents and kids to recognize that just a single incident of hurting someone in a DUI accident, or being arrested with cocaine, could derail the high-profile positions careers toward which these work so strenuously.

Additionally, parents and educators would do well to think carefully about the unrelenting pressures that our kids experience in their pursuit of top-tier colleges. We need to help them understand that there is in fact life, wisdom, financial solvency, creativity, and yes, happiness, beyond the walls of the Ivy Leagues.

And we urgently need more research into addiction in kids in upwardly mobile communities. Almost fifty years ago, developmental researchers established that children in chronic poverty were at high risk for maladjustment. This led to a rich body of research on how to minimize risks, and foster resilience among these children and their families.

We now need the same dedicated research on kids who grow up in pressure-cooker, high achieving schools. Paradoxical though it may seem, these ostensibly privileged youth, many of who start experimenting early and often with drinking and drugs, could well be among the groups at highest risk for alcoholism and addiction in adulthood.

"It may not be time for alarm, but it certainly time for concern. Let us not trivialize kids’ “getting wasted”, but instead understand that much can be at stake for this generation– with the high-octane lifestyles they bring to their school work, their extracurriculars, and to the ways in which they play."