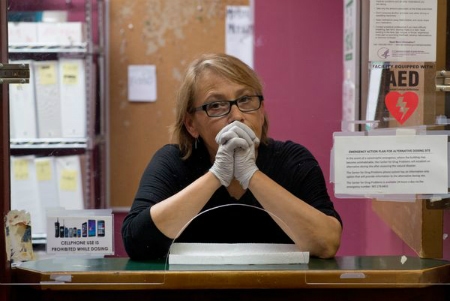 The United States has been stymied in reducing drug-related deaths, which have continued to grow even in places where Naloxone and other anti-overdose medications have been made available, along with medication-assisted treatment (MAT), including methadone and buprenorphine.

But we do know one way to reduce such deaths. That is by providing drug injection sites, where drug users can inject drugs, including heroin, in a safe environment. Such sites are available throughout Europe, but there are none in the United States, and only one in North America altogether. Insite, in Vancouver, BC.

Now, Seattle and King County Washington are embarked on creating the first such sites in the U.S. Why are such sites valuable, and why are we so resistant to them? Finally, what light does the success of such injection sites cast on the entire addiction and recovery process?

The Myth of Heroin Overdose:

As I have noted for decades, drug "overdose" is a misnomer. The CDC no longer refers to drug-related deaths as “overdoses,” but as “poisonings.” This reflects the fact that such drug deaths virtually always involve more than one substance, a situation that typifies over 90 percent of drug deaths according to autopsies conducted by the New York City Medical Examiner’s Office.

People don’t die from injecting pure narcotics, they die from mixing drugs (and alcohol) on their own, or because they are using impure narcotics mixtures (most often now involving fentanyl). As one prominent example, from what do you think Philip Seymour Hoffman died? According to the Examiner’s Office, Hoffman died from “mixed drug intoxication” involving heroin, cocaine, benzodiazepines and amphetamine.

Mired in the overdose myth, both users and politicians, and unfortunately public health officials, worry about pure heroin supplies. Meanwhile, opioid deaths (both heroin and synthetic narcotics, as well as tranquilizer-involved deaths, like Hoffman’s) have increased by 350% in the last decade.

Drug administration sites address all of these problems by testing drugs brought by users for potentially lethal impurities or drug combinations, and by ensuring that needles are sanitary and providing other health services to users. One such service is access to health care, including various forms of addiction treatment.

The very fact that drug injectors make use of such sites is a sign that people are taking care of themselves, which for many of the worst-off inner-city users may be the first time they have done so.

Although the purpose of such sites is, first, to guard people from the worst health outcomes, these sites offer the opportunity to more fundamentally help drug users. Insite, for instance, was just one service provided by Vancouver's Portland Hotel Society (PHS).

First and foremost PHS provided housing for often homeless drug users. Beyond housing, PHS organized food services, including a bakery, which besides providing wholesome food gave PHS residents work and a chance to develop their life skills. PHS even created its own bank to offer people whose lives were often in financial chaos a place to deposit assistance checks and safely keep their money.

PHS’s array of services reflects on a debate about what causes addiction. Is it due simply to drugs per se, or is it the end state of a life that has become unmoored, with few connections and chances for self-respect?

PHS offers Vancouver’s inner-city drug injectors a community, a chance to relate to other people who treat them as valued human beings. As one person told me in Vancouver, “This was the first time in my life that people showed that they cared about whether I lived or died. Their concern made me feel that I had to care for myself.”

While providing other narcotic medications, such as buprenorphine and methadone, can help people avoid the kinds of street drug mixtures that can be fatal, in themselves these drug substitutions don’t address addiction. Only compassion, community, housing, constructive work, and conveying care for the addicted person, care by others that translates into self-care, enables addiction treatment to have a real impact.