Depression: Not Just a Mood 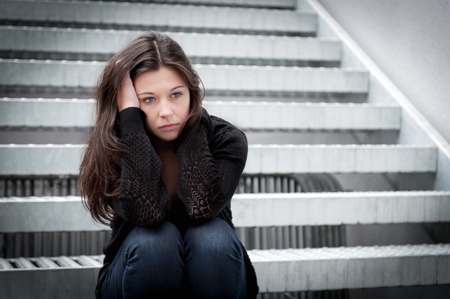 These days the expression “I am so depressed right now, today, in life, etc..” has become almost a mood people refer to, but it is important to remember that to many, depression is more than just a current mood. Depression affects approximately 15 million American adults on a yearly basis, about 6.7 percent of the U.S. population- 18 years of age and older. Like addiction, depression is a brain disorder and a serious illness, and often times it goes hand in hand with addiction.

There are a variety of causes, including genetic, biological, environmental, and psychological factors. Depression can happen at any age, but it often begins in teens and young adults. It is much more common in women than in men, and should be taken seriously.

“In the United States, depression is a leading cause of disability for people aged 15-44 years.”

Depression can result in relationship hardships, divorce, drug and alcohol addiction, self-harm, suicide, eating disorders and even physical abuse. Self-medicating for depression is very common. A couple shots of liquor, or a few painkillers may initially take the emotional pain away, but only for a very short time. Once that substance leaves your system, the depressive feelings come back and often hit harder than ever, and many times spirals into an addiction to said self medication.

“America, the supposed land with the freedom to pursue happiness, isn’t exactly happy. Americans are stressed, burned out, and have much higher depression statistics than other Western Countries. Leaving Americans more dissatisfied with their lives than many other societies around the world.”

Culturally, many specialist explain how Americans are set up to become depressed- because of unrealistic expectations. What if we worked and lived in a society where we were allowed more vacation, and time off to spend with our families? What if we were not constantly inundated with materialistic items and did not have to take out a loan for higher education, or to pay off our medical bills? As of right now we do not have one solid solution to this mental health epidemic. However, just being aware of those around you, and being aware of the severity depression holds in many people’s lives, is a good start.