Dangers in The Senate Healthcare Bill 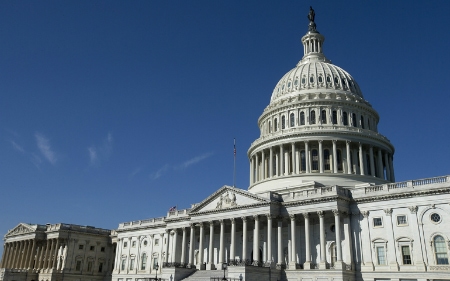 For mental health professionals who often find their hands tied when coming up against bureaucratic red-tape, an overhaul of the health care system has been long overdue. However, cuts in funding, inferior benefits for mental health and addiction treatments, higher premiums, and lack of protection for those with pre-existing conditions including mental illnesses are not quite the changes we had in mind.

While nowhere near perfect, nor perhaps sufficient, any progress we’ve made over the last few hundred years in how mental health is treated in this country is still progress. Yet as many mental health advocates would agree, if the proposed legislation is successful these small steps we have taken over the last few hundred years may as well have been for naught, much like Sisyphus’ boulder.

In the Greek legend, the god Sisyphus is condemned for eternity to repeatedly roll a boulder up a hill only to have it roll down again once it got to the top, a metaphor for one’s persistent struggle against the absurdity of life. In this case, the struggle is against an antiquated health care system, the boulder is the unfair policies being pushed up Capitol Hill, and the poor soul condemned to a lifetime of struggle is any American touched by mental illness or addiction.

Although protections around pre-existing conditions are still in place in the Senate bill, the waiver authority gives states options that could include limiting coverage for people with pre-existing conditions. Those waivers would allow state to drop benefits required by Obamacare, such as maternity coverage, mental health care and prescription drug coverage. As Ross Douthat wrote in his New York Times opinion piece this week, “There are good ideas worked in, but still too much needless callousness.”

The American Psychiatric Association (APA), among several other prominent health groups, says it was not consulted during the formation of the new bill, to which they referred as “deeply flawed.” According to CEO and medical director, Dr. Saul Levin:

The Senate proposal represents a significant move in the wrong direction, resulting in fewer people having access to insurance, fewer patient protections and less coverage for essential behavioral health care. We urge the Senate to reject this harmful legislation and start again on a health care bill that puts patients first.

If Medicaid is the number one payer of mental health care in America, and the Senate plans to cut its funding by $3 trillion, it doesn’t take a mathematical genius to calculate the disastrous potential consequences and their implications to society on so many levels, including but certainly not limited to:

Sadly, stigma surrounding depression, bipolar disorder, schizophrenia, and other diseases of the brain continues to persist, thereby remaining a hindrance to some in seeking treatment, particularly among men. This applies as much to external or societal stigma as it does to internal stigma or shame one feels within when struggling with mental illness or addiction.

Under the Affordable Care Act’s Medicaid expansion, an estimated 2.8 million Americans with substance use disorders and 1.3 million with serious mental illness gained health insurance coverage for the first time. Under the new proposed bill, Medicaid would not be required to cover mental health after 2019. This is like saying health insurance will not be required to cover medical care. Seriously?

Between this and the proposed waivers to remove the requirement that health plans cover essential benefits like mental health and addiction services, discrimination against the mentally ill will continue to live on.

In the case of many psychiatric hospitalizations, outpatient treatments that could have prevented those hospitalizations in the first place were either insufficient or inaccessible. I’ve worked in hospitals and outpatient clinics; witnessing first-hand the helplessness of those involuntarily admitted, and that of their families, was heartbreaking but all too common. Repeated admissions due to limited access to effective treatment have and continue to cost hospitals and Medicare millions of dollars each year. How will this change?

While not primary leading causes, untreated mental illness and addiction, both historically neglected issues in our country, are contributing factors to a large portion of homelessness. If limited access to treatment due to inferior benefits and societal stigma has in any way played a part in the homeless epidemic in our country, just imagine the possibilities once change is finally made.

As with any health condition, the most effective treatment for psychological disorders after prevention is early intervention. However, the limitations of our current healthcare system and stigma preventing parents from seeking treatment for their children remain an obstacle. The benefits designed for mental health services for children, youth and their families that are currently covered under Medicaid will be obliterated under the new bill.

“This bill not only turns back the clock on mental health care," says Francis Greenburger, founder of the Greenburger Center for Social and Criminal Justice. "It turns its back on millions of Americans suffering with a disease which should be treated no differently than any other serious medical condition."

If the new Senate healthcare bill passes, perhaps we can call it the 19th Century Cures Act. Because by perpetuating the message that mental health is of less significance to our overall health, public health and the health of our society, back to the 1800s is precisely where we’re headed.