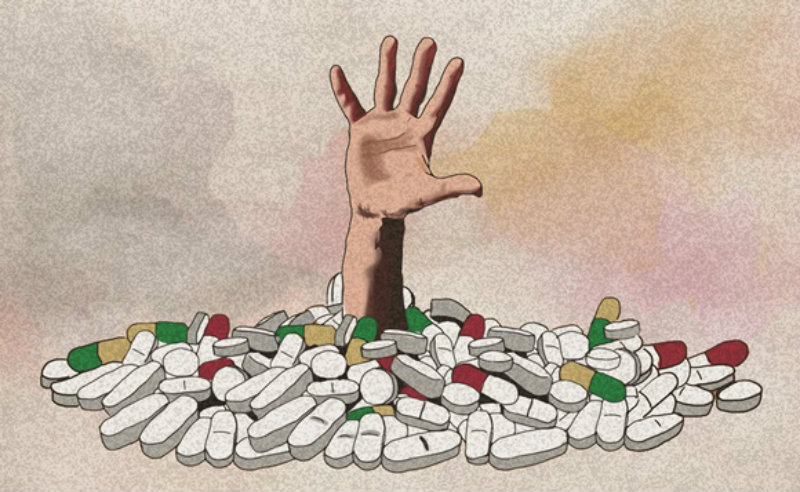 “Taking into account the staggering costs associated with criminal justice, treatment and loss of productivity, we estimate that the real cost of America’s drug epidemic exceeds $1 trillion,” said my colleague Kumar Cidambi, CEO of the Center for Network Therapy (CNT), New Jersey’s first licensed outpatient facility for the treatment of all substances of abuse. He estimates that the “cost will surely rise without changes in policies that promote criminalization and restrict funding for treatment.”

According to a 2011 Department of Justice, National Drug Intelligence Center report titled, The Economic Impact of Illegal Drug Use on American Society, the cost of illicit drug use to the U.S. economy was $193 billion in 2007. Then, between 2007 and 2015, overdose deaths from illicit drug use rose 230%, indicating the cost rose to around $445 billion. However, only 42% of overdose deaths were attributable to illicit drugs, with the remainder resulting from the abuse of licit drugs such as prescription opiates (to treat pain), benzodiazepines (to treat anxiety), etc.

“Combine the costs associated with licit drug abuse with those from illicit drug abuse, and the actual financial cost in 2015 likely topped $1 trillion,” said the CEO.

The abuse of drugs has wide-reaching implications for the U.S. economy, so much so that Federal Reserve Chairman, Janet Yellen, has attributed rampant opioid abuse to the decline in labor force participation among prime-age workers.

*Decriminalization – In 2015, there were roughly 1.5 million arrests for drug law violations and four out of five were for possession. Decriminalization of drug possession related violations may offer the biggest bang for the buck because, according to the U.S. Department of Justice, more than 50% of the costs tied to illicit drug use related to criminal justice and incarceration.

“It is time we utilize the ‘token economy’ modality of treatment that universally offers individuals a clean record upon successful completion of addiction treatment. This would cut criminal justice costs dramatically and also enable those in recovery to more easily re-integrate into the job market,” said Cidambi.

*Treatment – According to the U.S. Department of Justice report, the cost of addiction treatment accounted for only 6% of the total costs associated with illicit drug use. Funding for treatment is essential, with funds allocated wisely to methods proven clinically effective and economically prudent. Newer modalities of treatment such as ambulatory (outpatient) detoxification offer better solutions to this trillion-dollar problem. Compared to traditional inpatient treatment, the outpatient model is less costly and delivers better results because it integrates the home environment into treatment.

“At CNT, we pioneered the Ambulatory (Outpatient) Detoxification model and it has delivered far better outcomes relative to inpatient detoxification,” said Cidambi.

“I suggest that the government mandate that every physician's office display educational posters that warn about the addictive potential of certain medications, such as opiates (used to treat pain), benzodiazepines (used to treat anxiety), and stimulants (used to treat Attention Deficit Hyperactivity Disorder),” Cidambi said.

This approach will encourage patients to have an informed conversation with their physicians about limiting the use of addictive medications.