Carfentanil: Powerful Animal Tranquilizer Shows Up in US Heroin Supply 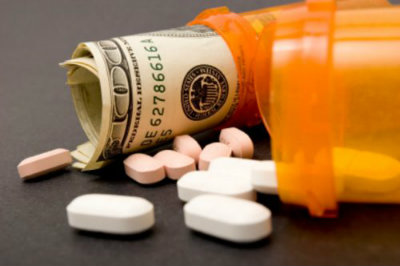 What is Carfentanil we are all wondering? Well it is the most powerful commercial opioid in the world, and is even forbidden in use in war by the Chemical Weapons Convention. In 2002, gaseous carfentanil was used by Russian officials in a theater where Chechen terrorists had taken 850 hostages. The gas killed all of the terrorists and 133 of the hostages, despite efforts to save hostages by administering naloxone, the opioid reversal drug. Given its immense power, even the U.S. Department of Defense has considered carfentanil a dangerous weapon.

CARFENTANIL IS 100 TIMES MORE POWERFUL THAN FENTANYL, WHICH HAS ALREADY CAUSED THOUSANDS OF OVERDOSE DEATHS AROUND THE COUNTRY.

It is so potent that first responders have had to wear protective gloves and masks. As just a grain-sized amount can kill a person, even through contact with the skin. That potency is exactly what makes the drug so appealing to dealers, who cut heroin with a tiny amount to boost profits. It can be ordered cheaply from China, where it is produced in laboratories and shipped to consumers in the United States over the web.

There's no human use for carfentanil, none. Even when they use Carfentanil for sedating large animals, it's used in very small doses, and it's not always guaranteed that they'll be able to bring that animal back to life. For human beings to be putting this drug into their body/ system, knowing that it can possibly kill a large animal, is crazy! Then there are those who have no idea it is in the Heroin they are purchasing, making it an unavoidable death sentence.

In the United State, Ohio has arguably been the state hardest hit by this new opioid trend. After a handful of overdoses in August, the County Coroner said that the area, including Cincinnati, was being used as a testing ground for carfentanil. However, Ohio is not alone. Carfentanil has been linked to 19 deaths near Detroit, and other deaths in Louisville, Kentucky and Alberta, Canada.