Benzos Are Bad for You 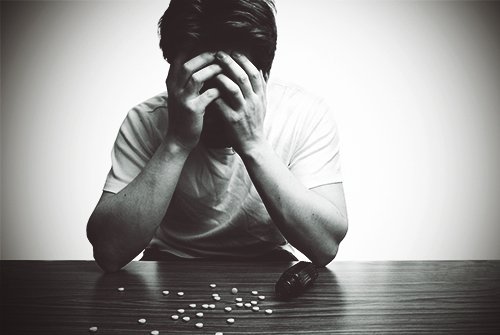 Most new wonder drugs turn out to be not so wonderful once we get to know them better, which was the case of the family of drugs known as the benzodiazepines. They were the “Wonder Drug” of the 1960’s. The introduction of these seductive wonder drugs were welcomed with open arms, and began being used for anxiety, to soothe psychotic patients symptoms, to help alcoholics quit drinking, to take the edge off depression, and to aid with insomnia and sleep disorders. Benzodiazepines were reputed to be safe, and everyone was fairly oblivious to the risk of their dependence and addiction. The 1980’s came in wild, and so did the second benzo craze, as Xanax became the new “Wonder Drug”. After the first large-scale international clinical trial of a psychiatric drug was done on Xanax, medical professionals should have been scared off by what they saw, but they weren’t. It was reported later that the exact dose needed to treat panic disorder was dangerously close to the dose needed to result in addiction and dependence on the drug. After this study Xanax quickly became, and remains a bestseller in the prescription drug world.

Between 1996 and 2013, the percentage of people in the U.S. using benzos has jumped more than one-third from an already record high percent of 4.1 to 5.6. Women are twice as likely to be prescribed benzos and abuse them than men, and nearly one out of each ten elderly people are on benzos. It has been reported many times that benzos would do wonders for occasional and short-term use, but the problem is they are rarely prescribed for this. There is no real way to predict who will get hooked, unless the individual is already classified as an addict, or susceptible to addiction. Often people looking for quick fixes to a long-term problem. The truth is that benzos have become very easy to get, but are very hard to get off of.

Benzos harm in three ways, the first and most dramatic being in deadly overdoses, usually in combination with opioids or alcohol. The second is the dangerous withdrawal symptoms that foster the benzo addiction. Withdrawals from benzos are a beast. They are terrifying, dangerous, and are usually drawn out over a long period of time. Benzos withdrawals can cause serious seizures, delirium, hallucinations, psychosis, and as with alcohol can be deadly. Careful medical supervision when getting off these drugs is required. The third and most insidious, but still very damaging, are the day-to-day impacts on brain functioning. On-going benzo use can be devastating on brain and motor function, especially in elderly people.

Bottom line there is that we cannot predict who will become addicted, so there is only one way to avoid addiction to benzodiazepines- never start taking them. And if you or someone you love is already on them, or addicted to them and needs to get off, contact you doctor to explore your options.