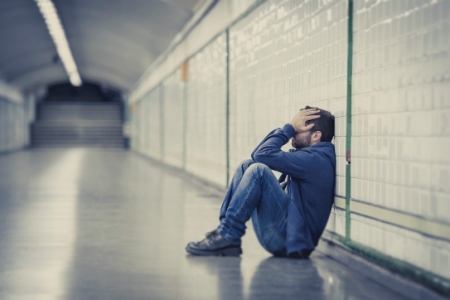 Benzodiazepines, or benzos, are a class of central nervous system depressants that most people know by the brand names Xanax, Ativan, Valium and Klonopin. These drugs, commonly prescribed in their generic form, are typically used to treat anxiety, insomnia and seizures. And they’re being prescribed at alarmingly high rates.

Prescriptions for benzodiazepines more than tripled and fatal overdoses more than quadrupled between 1996 and 2013. In fact, benzos have been so grossly overused that they are not only the top-prescribed psychiatric medication, but among the most prescribed medications of any type in the United States. Nearly 50 million scripts for the more common types of benzos are written each year.

The Trouble with Benzos

The benefits of benzos have been oversold. For decades they’ve been prescribed for anxiety and sleep, but the evidence indicates that they don’t work very well and they are not intended for long-term use. Studies have shown that over the long term, benzos can actually increase anxiety symptoms. In many cases, it is possible to effectively treat both anxiety and sleep disorders without medicines, or at the very least, with medicines other than benzodiazepines.

In addition, tolerance and dependence can develop quickly. There have been reports of people who received high doses of benzodiazepines becoming physically dependent in as little as two days. Without medical supervision, withdrawal symptoms after stopping benzos can be severe, ranging from extremely intensified anxiety to high blood pressure, shaking, seizures and convulsions.

The higher the dose and longer the use, the greater the likelihood of addiction. People who misuse benzos tend to be taking higher-than-prescribed doses or mixing the pills with alcohol or other drugs. In some cases, they crush or chew them, which interferes with the timed-release formula and speeds up the effects. This misuse is, of course, extremely dangerous.

What makes these drugs even more dangerous is that many people combine benzos with other substances such as opiates and alcohol. New research shows that even though the danger of prescribing benzos and opioids together is well-known, more and more doctors are doing exactly that. From 2001 to 2013, concurrent benzo and opioid prescribing increased by 80 percent, according to an analysis by researchers at the Stanford University School of Medicine.

On a risk/benefit analysis, it makes no sense to prescribe both. An all-too-familiar scenario is the person who gets opioids for back pain and later benzos for sleep. Then he comes home from work and has a drink — that’s when he is likely to follow in the footsteps of Heath Ledger, whose tragic death was attributed to the same deadly combination.

Highlighting the perils of benzos is not meant to diminish the significant dangers of prescription painkillers. Opiate addiction has become a national crisis. In fact, prescription painkillers like oxycodone and hydrocodone are estimated to be involved in three out of every four prescription drug overdose deaths in the U.S. A fact worth noting, however, is that in 30 percent of opioid-related deaths, a combination of benzos and opioids caused the overdose. So, although benzo overdoses increased by more than 500 percent between 1996 and 2013, research reveals that combining benzos with opioids is also contributing to the increasing numbers of drug deaths.

Why so deadly? Both opioids and benzodiazepines slow down body systems, particularly the respiratory and cardiovascular systems. Combining the drugs increases the effects of each exponentially, meaning that the body isn’t just processing two doses, it is processing more like three or four. This multi-dose cocktail can cause breathing to stop.

Adding alcohol into the mix compounds the problem. Approximately 40 percent of alcoholics have been found to regularly abuse the benzo alprazolam, known by its brand name Xanax. Alcohol, a depressant, is particularly dangerous when mixed with the sedative effects of benzos, increasing the likelihood of overdose and respiratory failure.

Are Doctors Part of the Problem?

The potentially lethal combination of benzos and opioids often begins as a dual prescription from a doctor. Research shows that patients who receive prescriptions for opioid painkillers are four times more likely to also receive a prescription for sedatives than patients who aren’t prescribed opioids.

Even when doctors recognize the risks, they may feel pressured to write prescriptions for opioids and benzodiazepines anyway. This is more likely to happen during the typically brief 15-minute primary care visits where a patient complains about pain, anxiety or insomnia, but consultation time is limited. The physician wants to help the patient but doesn’t have sufficient time to explore underlying causes, medication interactions or alternative treatments. It also isn’t clear if doctors are properly warning their patients of the potential dangers of combining the drugs, or if they are monitoring them to help prevent addiction.

How Benzos Backfire in Addiction Treatment

Given their addictive potential, benzos should not be routinely prescribed for people with a history of substance abuse. Physicians sometimes prescribe them to support recovery from addiction to other substances, including alcohol, especially if the patient is experiencing anxiety. Some addiction specialists argue that it is challenging to treat anxiety in substance-abusing patients, and that benzodiazepines have their place.

I disagree. If you prescribe benzodiazepines to reduce an addict’s anxiety, you will very likely contribute to an addiction. A highly publicized case of benzos backfiring in addiction treatment involved singer Stevie Nicks, whose psychiatrist recommended them to support her recovery from cocaine addiction. Nicks has publicly renounced the use of benzos for this purpose, saying that her eight-year battle with Klonopin addiction was far more crippling and difficult to break than her cocaine addiction.

While it is important to treat anxiety, particularly in early recovery, I don’t support the use of benzodiazepines for this purpose. There are other, safer ways to help patients in recovery manage anxiety without contributing to addiction. These include cognitive behavioral therapy, motivational therapy, group support and interpersonal therapy, among others.

Even for those without a history of substance abuse, patients would be well-advised to ask questions if their doctor prescribes benzodiazepines, particularly in combination with other drugs. In some cases, these medications may be the best option, but in many others there are likely less dangerous solutions.