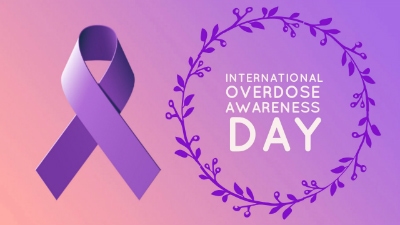 Today people around the world will participate in International Overdose Awareness Day in order to raise awareness of the current drug epidemic, and to help enlighten the public of the dangers of drug use. This day provides us with an opportunity to educate the public about the dangers of drug use, as well as allows people who have lost loved ones to the disease of addiction mourn and share their stories. The 2016 United Nations World Drug report has reported that about 250 million people between the ages of 15 and 64, worldwide, used at least one drug in 2014. Of these 250 million people, 29 million are estimated to suffer from substance use disorders. It has been estimated that there were 207,400 drug-related deaths, with one third to one half of these deaths being overdose deaths. In the United States in 2014, just over 47,000 people died from drug overdoses; we have about 6 percent of the world’s population, but 50 percent of the world’s overdose deaths.

The public recognition of the disease’s toll will hopefully help reduce stigma associated with addiction, and help individuals with substance use disorders recognize that they are fighting a disease, and that there is help available. This day is important for the awareness of addiction as its goal is to: help reduce stigma, provide inspiration for recovery, and to remember those lost to this deadly disease. Wear purple, or a purple ribbon on August 31st, 2016 to help show your support for those that need it the most!