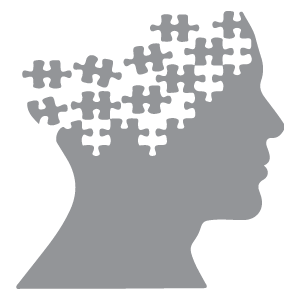 The theory of dissonance reduction predicts if our beliefs are incompatible with our behavior, something has to change: either our beliefs or our behavior. In general, we will choose the path of least resistance. That is, the adjustment will favor the one that is most resistant to change. Often it is our beliefs that get adjusted, rather than our desire.

Cognitive dissonance is a case of detecting your own hypocrisy, and hypocrisy is a powerful motivation for finding justifications and/or excuses for our actions. In example, if I have unjustly insulted another person, I may be unable to admit to myself that I am at fault. Instead, I will convince myself that what I did was justifiable to excuses my behavior. Cognitive dissonance results from a tension between a desire and a belief. This inconsistency produces discomfort and anxiety. The discomfort which is dissonance, motivates individuals to decrease the inconsistency between one’s wishes and beliefs. People will go to great lengths to eliminate or reduce this discomfort. After all, behaving against one’s wishes and intentions violates a fundamental human need to see oneself as a rational and consistent person.

“COGNITIVE DISSONANCE SUGGESTS THAT ADDICTS MAY MODIFY THEIR REASONING PROCESSES TO SUPPORT THE SATISFACTION OF IMPULSES.”

When an addict is craving, the world is experienced in a very different way, compared to the way it is experienced when that craving is satisfied. Craving distorts an addict's ability to process information in a universal manner, when craving they process info in the manner that promotes drug use. That is why impulsive decisions are so high when the addict is in their addiction. That is, how the negatives, such as guilt and shame, dominate the addict’s decision, and they don’t see the mistake that was made until after. Without recognizing the powerful shifts in thinking while craving, the addict may conclude that the relapse reflects a lack of willpower or self-control, even self-confidence.

Our reasoning is biased by our desires and motivations. So when an addict is using they usually only have one desire and motivation, to keep using. In an attempt to insinuate damage control, we come up with excuses to justify our desired choices. Why? Because justifications give people the impression that they made a careful decision. When faced with temptation, or problematic desires, we need to learn how to rationally dispute our distorted reasoning, and all the self judgments that follow. After all, it takes only a single moment of weakness during a high-risk situation for a recovering addict to reconsider drug use and relapse.