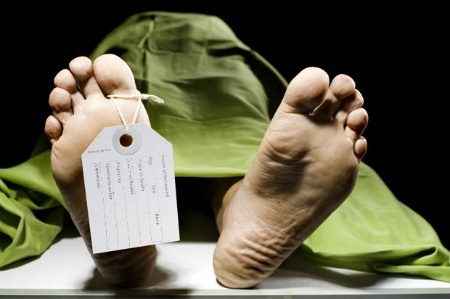 The crisis is well documented and reported: More people are dying of drug overdose than any other non-natural cause, more than from guns, suicide, and car accidents. Politicians have held press conferences, formed commissions and task forces, and convened town-hall meetings.

In the meantime, the problem worsens. In 2015, 52,000 people died because of overdose, including 33,000 on OxyContin, heroin, and other opioids. Almost three times that number died of causes related to the most-used mood-altering addictive drug, alcohol. The 2016 and 2017 overdose numbers are predicted to be higher. Currently, fentanyl deaths are skyrocketing. If not politicians, to whom can we turn to address the crisis? Since addiction is a health problem, the logical answer would be the addiction-treatment system, but it’s in disarray.

Currently most people who enter treatment are subjected to archaic care, some of which does more harm than good. Only about 10 percent of people who need treatment for drug-use disorders get any whatsoever. Of those who do, a majority enter programs with practices that would be considered barbaric if they were common in treatment systems for other diseases.

Many programs reject science and employ one-size-fits-all-addicts treatment. Patients are often subjected to a slipshod patchwork of unproven therapies. They pass talking sticks and bat horses with Nerf noodles. In some programs, patients are subjected to confrontational therapies, which may include the badgering of those who resist engaging in 12-Step programs, participation in which is required in almost every program. These support groups help some people, but alienate others. When compulsory, they can be detrimental.

Patients are routinely kicked out of programs for exhibiting symptoms of their disease (relapse or breaking rules), which is unconscionable. They are denied life-saving medications by practitioners who don’t believe in them, as Richard Rawson, PhD, research professor, UVM Center for Behavior and Health, says, “this is tantamount to a doctor not believing in Coumadin to prevent heart attacks or insulin for diabetes.”

Patients are put in programs for arbitrary periods of time. Three or five days of detox isn’t treatment. Many residential programs last for twenty-eight days, but research has shown that a month is rarely long enough to treat this disease. Some of those who enter residential treatment do get sober, but they relapse soon after they’re discharged, with, as addiction researcher Thomas McLellan, PhD, sums, “a hearty handshake and instructions to go off to a church basement someplace.” As he says, “It just won't work.” Finally, people afflicted with this disease are almost never assessed and treated for co-occurring psychiatric disorders, in spite of the fact they almost always accompany and underlie life-threatening drug use. If both illnesses aren’t addressed, relapse is likely.

The disastrous state of the system suggests that addiction-medicine specialists don’t know how to treat substance-use disorders (or even if they can be treated). It’s not the case. The National Institute on Drug Abuse (NIDA) and organizations of addiction-care professionals like the American Society of Addiction Medicine (ASAM) and American Association of Addiction Psychiatry (AAAP) have identified effective treatments. There’s no easy cure for many complex diseases, including addiction. However, cognitive-behavior therapy, motivational interviewing, and addiction medications, often used in concert with one another and in concert with assessment and treatment dual diagnoses, are among many proven treatments. However, most patients are never offered these treatments because of a fatal chasm between addiction science and practitioners and programs.

Fixing the system requires modeling it on the one in place for other serious illnesses. Most people enter the medical system in their primary-care doctors’ offices, health clinics, or emergency rooms. Currently, most doctors in these settings have had little or no education about addiction. A recent ASAM survey of two thirds of U.S. medical schools found that they require an average of less than an hour of training in addiction treatment.

Doctors must be taught to recognize substance-use disorders and treat them immediately the archaic “let them hit bottom” paradigm has been discredited. They should offer or refer for brief interventions. A program called SBIRT (Screening, Brief Intervention and Referral to Treatment), which seeks to identify risky substance use and includes as few as three counseling sessions, has proven effective in many cases, and may be implemented in general healthcare settings.

Primary-care doctors should be trained and certified to prescribe buprenorphine, a medication that decreases craving and prevents overdose on opioids. Currently, there are limitations on the number of patients doctors can treat. Still, in Vermont, for example, almost 50 percent of opioid users in treatment receive care in their doctors’ offices- they don’t have to go to addiction specialists or intensive treatment programs to receive care.

When a patient requires a higher level of care, doctors must refer them to addiction specialists, which excludes many current practitioners whose only qualification to treat addiction is their own experience in recovery. Instead, patients must be seen by psychiatrists and psychologists trained to diagnose and treat the wide range of substance use disorders. There’s a shortage of these doctors; there needs to be a concerted effort to fill the void.

According to Larissa Mooney, MD, director of the UCLA Addiction Medicine Clinic, “Individuals entering treatment should be presented with an informed discussion about treatment options that include effective, research-based interventions. In our current system, treatment recommendations vary widely and may come with bias; medication treatments are either not offered or may be presented as a less desirable option in the path to recovery. Treatment should be individualized, and if the same form of treatment has been repeated over and over with poor results (i.e. relapse), an alternative or more comprehensive approach should be suggested.”

When determining if a patient should be treated in physicians’ offices, intensive-outpatient, or residential setting, doctors should rely on ASAM guidelines, not guesses. The length of treatment must be determined by necessity, not insurance. If a patient relapses, is recalcitrant, or breaks rules, treatment should be reevaluated. They may need a higher level of care, but sick people should never be put out on the street. In addition, all practitioners must reject the archaic proscriptions against medication-assisted treatment; Rawson says that failing to prescribe addiction medications in the case of opioid addiction “should be considered malpractice.”

Programs must also address the fact that a majority of people with substance-use disorders have interrelated psychiatric illnesses. Patients should undergo clinical evaluation, which may include psychological testing. Those with dual diagnoses must be treated for their co-occurring disorders. Finally, initial treatments must be followed by aftercare that’s monitored by an addiction psychiatrist, psychologist, or physician. In short, the field must adopt gold-standard, research-based best practices.

People blame politicians, drug dealers, and pharmaceutical companies for the overdose crisis. However, that won’t help the millions of addicted Americans who need treatment now. Even the most devoted and skilled addiction professionals must acknowledge that they’re part of a broken system that’s killing people. No one can repair it but them.