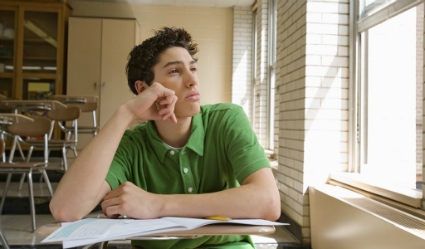 The U.S. is in the midst of an opioid addiction crisis that the CDC and other public health organizations have deemed an epidemic. Between 1999-2015, more than 180,000 people died from opioid overdoses.

Contrary to popular stereotypes of heroin-addicted addicts living in poverty and isolation, nearly half of opioid overdoses are due to prescription opioids. Many addicts are high functioning, and a significant portion have valid medical prescriptions.

Every day, more than 1,000 people are treated in emergency rooms for opioid-related accidents and side effects. People with ADHD are disproportionately represented among their ranks. That’s no mere coincidence. ADHD is a significant risk factor for addiction, and in particularly for addiction to opioids.

Why People With ADHD Get Addicted:

People with ADHD are more likely to use drugs, and more likely to become addicted when they do. No single factor can explain this phenomenon. Instead, it’s due to a complex interplay of many issues. Addressing each issue individually can reduce the risk of opioid addiction, or in someone who is already addicted, help reverse the disease of addiction.

Those risk factors include:

Impulsive behavior. People with ADHD may be more likely to try drugs, to exceed the recommended dosage of pharmaceuticals, and to take other reckless actions.
Stimulation-seeking. People with ADHD seek entertainment and stimulation. They’re easily frustrated and bored, and drugs can help ease these feelings.
The frustration of life with ADHD. People with ADHD may struggle at school or work, may develop depression, and tend to face a host of other life challenges. Some turn to drugs as a way to dull pain and make life feel more pleasurable.

ADHD is Linked to Chronic Pain:

Chronic pain is a significant risk factor for opioid abuse. That’s because chronic pain remains poorly understood, and difficult to treat. People may go years without getting a diagnosis, and many people with chronic pain never learn why they experience pain. Though research shows that cognitive-behavioral therapy, exercise, and lifestyle changes may help, pain can be a barrier to accessing these changes. Moreover, people with chronic pain may feel like their pain is taken less seriously when doctors don’t prescribe medication.

That may be why doctors are so quick to prescribe opioids to people with chronic pain. It’s a misguided attempt to help patients feel better, and to help them feel heard. The U.S. consumes more opioids than any other nation in the world. In 2013, doctors wrote more than 200 million opioid prescriptions.

So what does this have to do with ADHD? Plenty. New research suggests that people with ADHD may be more vulnerable to chronic pain than others. Given their propensity for addiction, the combination of ADHD and chronic pain is especially onerous.

Many Adults With ADHD Go Undiagnosed:

ADHD doesn’t necessarily go away in adulthood. And for some adults, ADHD makes its first appearance well beyond childhood. Because many physicians see ADHD as a children’s disorder, it often goes undiagnosed in adulthood. This means that providers may not recognize people at an increased risk of opioid and other addictions because they are not properly diagnosed. Undiagnosed ADHD also means untreated ADHD. So adults whose ADHD goes undiagnosed are more vulnerable to serious symptoms, as well as to related conditions, like depression and anxiety.

It is Important to be Prudent when Prescribing Opioids:

Doctors must walk a fine line between honoring their patients’ need for pain medication and preventing their patients from becoming addicted to opioids. Sprinkle in the added stressors of managed care, too many patients, and patients who may not always be honest, and you have a recipe for a serious problem.

For people with ADHD, this is especially risky. Adults who have, or suspect they have, ADHD need to work with a doctor who understands how to manage chronic pain, addiction risk, and ADHD. This may mean having a psychiatrist work with a primary care provider. Don’t shy away either from standing up for yourself. Ask about non-medication remedies, and ensure that your doctor follows CDC prescribing guidelines. Those include:

-Prescribing opioids only when other remedies are unlikely to be effective.
-Recommending lifestyle changes, such as exercise and therapy, first
-Assessing each patient’s risk of opioid addiction and abuse. This may include exploring psychiatric history and talking about the connection between ADHD and opioid addiction.
-Continually monitoring patients for signs of opioid abuse, and discontinuing treatment as early as possible.
-Prescribing lower doses whenever possible and clinically efficacious.

It’s easy enough to rattle off symptoms of ADHD and opioid abuse. The problem is that one can conceal the other. Untreated opioid addiction may look a lot like adult ADHD. This makes it easier for loved ones to dismiss symptoms, and allows the addiction to spiral out of control, potentially making it harder to treat.

Adult ADHD and opioid addiction are treatable, but only if you seek treatment. Both conditions tend to get worse with time, so the best time to seek treatment is always today.