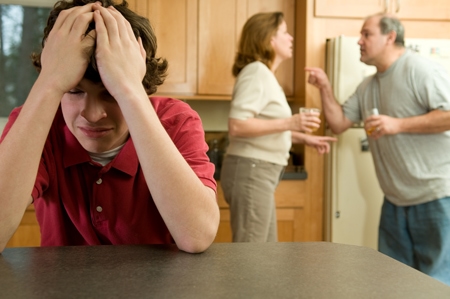 Almost one in five adults in the US, or 18 percent, lived with an alcoholic while growing up, and are now commonly referred to as Adult Children of Alcoholics, or ACOA. Not all alcoholic families are the same. Some are more severe than others and have multiple problems. ACOA’s may have loving but inconsistent parents, which makes it difficult for them to speak negatively about their childhood to anyone.

Some do not recognize the signs and grow up with invisible scars and deficits, not realizing that they are not alone and that help is available. Others from more severely dysfunctional families struggle to create a better life by using their intellect to figure it out or by imitating peers who appear to be “normal”.

Most adult children of alcoholics want to forget their past. Some never speak of it and assume they can move on and let it go forever. Unfortunately, the shadow of a troubled childhood follows us until we find the courage to face it. The process of healing from the trauma, of growing up in an insecure environment, takes time, but it is well worth the effort and tears. Quality of life improves significantly when you are able to leave old patterns behind and eliminate the blind spots that have influenced your choices.

“Whether family problems were moderate or severe, most ACOAs will eventually face a crisis where their lack of emotional balance and relationship skills catches up with them.”

I love all that Adult Children Of Alcoholics World Service Organization has to say, as quoted below. They have great information, resources, and if you or someone you care about needs further support on this issue they provide a list of meetings local to your area.

“Many of us found that we had several characteristics in common as a result of being brought up in an alcoholic or dysfunctional household. We had come to feel isolated and uneasy with other people, especially authority figures. To protect ourselves, we became people-pleasers, even though we lost our own identities in the process. All the same we would mistake any personal criticism as a threat. We either became alcoholics (or practiced other addictive behavior) ourselves, or married them, or both. Failing that, we found other compulsive personalities, such as a workaholic, to fulfill our sick need for abandonment.

We lived life from the standpoint of victims. Having an overdeveloped sense of responsibility, we preferred to be concerned with others rather than ourselves. We got guilt feelings when we stood up for ourselves rather than giving in to others. Thus, we became reactors, rather than actors, letting others take the initiative. We were dependent personalities, terrified of abandonment, willing to do almost anything to hold on to a relationship in order not to be abandoned emotionally. Yet we kept choosing insecure relationships because they matched our childhood relationship with alcoholic or dysfunctional parents…”