A New Link Between Screen-Time and Autism 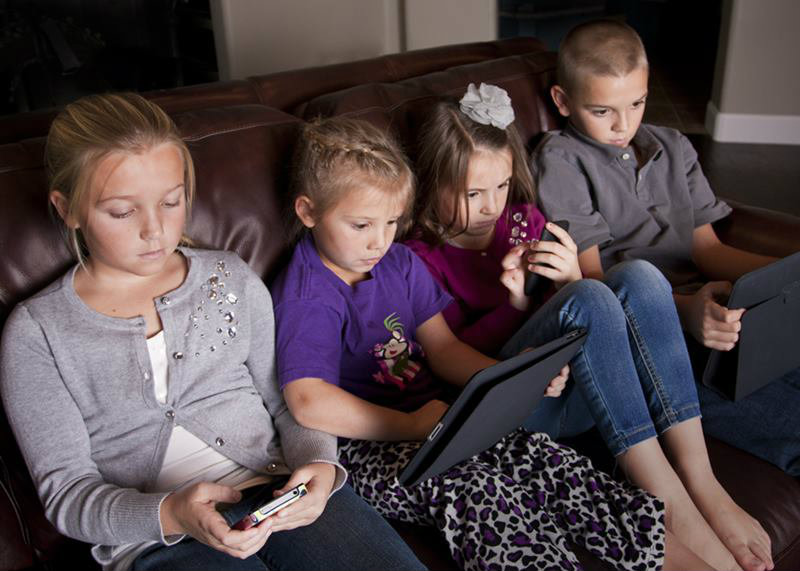 Too much exposure, especially in boys, may stunt social development. Brains at every age, especially developing ones, adapt to the environment in which they find themselves. What worries a growing number of advocates are the potential risks of heavy screen exposure, including, they believe, the hastening of autism in the young and attention deficit–hyperactivity disorder (ADHD) in older children.

Dangers seem to lurk everywhere when one becomes a parent, from runaway vehicles to microscopic bacteria. But not all threats are obvious. Some, like digital devices, even seem beneficial. Yet screens that line walls, bedrooms, and countertops can present insurmountable obstacles to a child’s growing mind. Even more, so do the screens that kids clutch in their own hands.

Over a period of six years a psychiatrist in Romania has witnessed an astonishing rise in autism spectrum disorder (ASD) among youngsters in a children’s hospital. The cause was unknown, so he dug into the activity logs the hospital collected on all patients admitted. In those records he found a strong trend: children presenting with autism were spending four or more hours a day watching some kind of screen: television, computer, tablet, or phone.

Autism spectrum disorder includes a range, or spectrum, of behaviors. Those affected principally have difficulty communicating and interacting socially with others. They may have very narrow interests and spend hours doing the same thing such as spinning, counting, or watching the same YouTube video over and over. Parents are naturally concerned because the behavioral symptoms of ASD pose barriers that make it difficult to succeed socially, academically, and, hopefully in later life, professionally. Some children never overcome them, which is why the specter of autism fills parents with dread.

The child psychiatrist asked parents to take them away from screens for a while, to go outside more and engage in outdoor activities, read books together, talk face–to–face, and simply play. He wanted affected children to engage in more day–to–day social interactions given that socialization is the primary challenge for anyone on the autism spectrum. Could pulling them away from their screens of solitude relieve some of the symptoms?

Yes, symptoms resolved, leading the doctor to identify something entirely new: “Virtual Autism,” or autism induced by screens. With their more malleable brains the youngest children, say 18 months old, resolved within a few months while the hospital’s oldest patient, an 8 year–old boy, took 2 years to recover fully from his ASD symptoms. Yet recover he did, along with an astonishing series of 82 children with a similar clinical course. Alerted by his observation, the doctor finds that 90% of children who present to him with ASD have this Virtual Autism.

His was both a retrospective and prospective study. In Romania now, treatment of ASD by screen withdrawal is considered routine and has public support. But a controlled study needs to be done given these shocking findings resonate with what experts have previously warned: screens are not good for developing brains. “In my opinion,” says Dr. Leonard Oestreicher, this is earth–shaking information. Even for the skeptic it highlights the need for a controlled randomized study.” Dr. Oestreicher is the author of The Pied Pipers of Autism: How Television, Video and Toys in Infancy Cause ASD.

Substantial evidence already exists that screens impede mental health in the young. Study after study, more than 200 at last count, tie increased screen exposure to overt screen addiction, ADHD, aggression, and anxiety. Matt Miles & Joe Clement, experienced teachers in Virginia’s Fairfax school system and authors of Screen Schooled: Two Veteran Teachers Expose How Technology Overuse is Making Our Kids Dumber say, “The one thing parents are most concerned about today is Autism. But you can’t mention autism and technology in the same sentence without being immediately dismissed as a ‘fear monger’.”