A Look at What Causes Eating Disorders 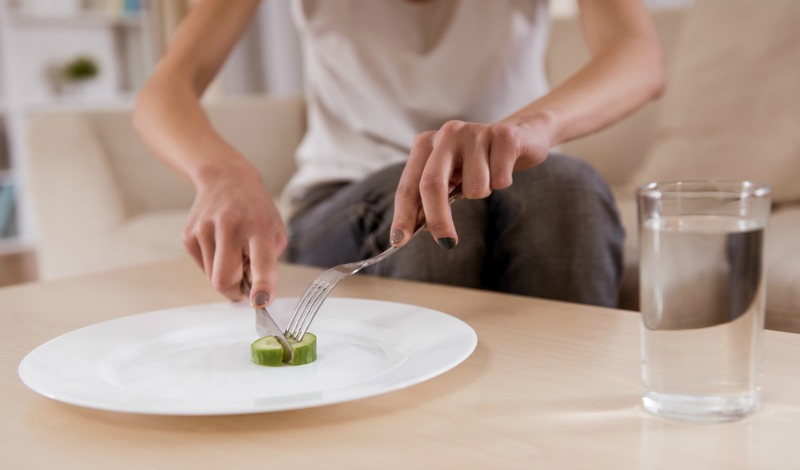 Insecure attachment is a key risk factor for the development of eating disorder (Bruch, 1982). A recent Netflix-produced drama (“To the Bone”) demonstrates the role of disturbed attachment as a contributing factor to the life of a girl suffering anorexia.

Attachment is an inborn system that motivates an infant to seek proximity to a caregiver, especially in dangerous and uncertain situations (Mikulincer and Shaver, 2007). People who possess a stable sense of attachment security generally feel safe and worthy, hold an optimistic and hopeful outlook on life, and have an increased capacity for emotion regulation. A sense of felt security provides confidence that one is worthy of others’ love and that significant others will be responsive/supportive when needed.

An insecurely attached individual doubts the availability and supports of others and worries about one’s social value. Consequently, they adopt different strategies for dealing with threats and negative emotions. These insecure patterns of behaviors are known as defensive avoidance and anxious attachment (Bowlby, 1973).

Anxious persons are attentive with respect to signs of attachment figure availability or unavailability. They tend to expect separation, abandonment or insufficient love and they are preoccupied with the availability and responsiveness of others. In contrast, avoidant style involves denying attachment needs, suppressing attachment-related thoughts and emotions. They are characterized by self-reliance, and avoidance of intimate relationships and they devalue the importance of close relationships.

These behaviors are natural reactions to the loss or unavailability of an attachment figure, but once established as habitual coping strategies, they contribute to psychological and social difficulties. Furthermore, the mental habits acquired in childhood are later played out in adult relations. They tend to treat new partners the way they related to past attachment figures. In other words, they transfer their unprocessed troubles/difficulties to their new partners and children (Bowlby, 1973).

These distorted thinking patterns leave insecure people vulnerable to distress, and a risk factor for self-destructive behaviors, such as addiction and eating disorders. (Tasca, et al., 2009). These individuals may be self-medicating because they have chronic feelings of psychic pain that arise. Eating and weight related concerns are defensive methods of directing attention to external problems and goals and to compensate for feelings of helplessness, insignificance, and vulnerability (Wedig & Nock, 2010). For some people with anorexia, focusing on their body makes them feel they are in control of their world, particularly when everything else seems out of control.

Eating disorders typically begins during adolescence (Gander, et al., 2015). The course of illness usually begins as goal-oriented tasks that aim to achieve modest weight reduction. Some modest weight loss is commonly met by a positive response from peers or adults (e.g., a teacher or a coach). Over time, the positive feelings become associated with weight loss, and coping strategy to confront negative emotions. The behavior becomes habitual. Thus, the act of dieting itself becoming rewarding (Walsh, 2013).

Fortunately, research shows that a person’s attachment system, and sense of security, can be changed for the better (Ginot, 2015). For example, a relationship partner who acts as a reliable security figure can restore a sense of felt-security and help the person function more securely.

Therapy can also be helpful. Effective treatment via reflective awareness and cognitive reappraisal can facilitate neuroplastic changes in the patient’s unconscious mind and increase capacity for secure attachments (Amianto, 2016). However, their brain structures, which are modeled by their early attachment relations, remain the biggest hurdle in building new and more effective relationships. Younger patients with relatively short illness duration are the most responsive to treatment.