A Look at Suicide & The Message '13 ReasonsWhy' Sends 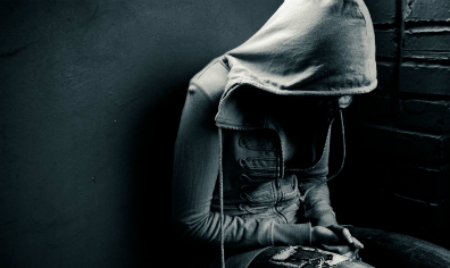 Research indicates that those with addictions, specifically alcoholics, have a greater chance of committing suicide (even more occurrences when individuals are intoxicated). Therefore, this topic is very important to the addiction, recovery, and addiction treatment community. The following are potentially harmful myths that "13 Reasons Why" may lead viewers to believe:

1. Suicide is a “blame game”: The premise of “13 Reasons Why” is that Hannah, the angst ridden teen main character leaves behind a series of audio tapes that blame various classmates for her suicide. There does not appear to be any other side of the story depicted, such as how her friends may have been misunderstood by her or that she was perceiving their actions in a possibly distorted way at times.

2. Suicide does not involve mental health issues: Hannah is passing through the awkward teenage developmental phase of high school and experiencing some negative physical and emotional experiences. She articulates well all that her classmates have done to hurt her, but she does not express clearly that she is feeling depressed, anxious, or another type of mental health issue that are most often present when teens commit suicide. Therefore, the viewer is only given a part of the true picture of what Hannah may have been experiencing psychologically. This would also be helpful in educating the public about suicide, suicide prevention, and mental health treatment.

3. “External” factors are the sole cause of suicide: When assessing an individual’s risk for suicide there are both proximal (internal) and distal (external) factors that are considered. Distal risk factors are internal, underlying, and predisposed vulnerabilities that may include any of the following: prior suicidal behaviors, history of self-harm (cutting, burning, etc.), mental health disorders, depression and anxiety, substance use history, history of psychotic symptoms, dual diagnosis, active military duty/veteran, impulsive, disruptive and antisocial behaviors, Borderline Personality Disorder/other personality disorder (research indicates 40 to 50 percent those who commit suicide have personality disorder), disturbed family system (family history of depression and substance usage increases risk), gender (females make more suicide attempts and males complete more suicides) and sexual orientation (risk is higher in LGBT individuals).

Proximal factors are the external factors that may be part of a causal chain that can precipitate suicidal symptoms and may include: stressful life events, interpersonal issues, intense feelings of shame, feeling alone/loneliness, recent changes in treatment provided or treatment program, childhood sexual and/or physical abuse, academic/vocational difficulties, functional impairment from physical disease and/or injury, suicide in the social media (copycat phenomena), and accessible means or access to weapons or other means of suicide. Research also indicates that distal risk factors in combination with a proximal factor are the leading causes of suicide thoughts and acts.

4. The show would not glorify suicide: Hannah may have killed herself, but she controls her classmates from the grave and exerts a sense of power and “I got you” energy from the grave. This is NOT a helpful message to teens who are feeling bullied or powerless within their peer group. In fact, it reinforces that suicide may be an option to consider in order to exact revenge on those who have crossed them. The Atlantic Magazine article What Went Wrong with 13 Reason Why reviewed this show stating “The National Association of School Psychologists has issued guidelines for educators in talking with students about the show, while the New Zealand Office of Film and Literature has created new standards to advise that under-18s don’t watch the series without adult supervision.”

5. Many teens who experienced various betrayals and bullying would want to kill themselves: The concept of resiliency or protective factors against suicidal behaviors are not mentioned in this show nor is reaching out for support (beyond the 30-minute post-show). Hannah appears to be a self-conscious, deeply reflective and a sensitive soul. The actions of her peers impacted her in a way that may have been different than others and it is important that the audience does not walk away from this show believing that suicide was her only option.

6. Friends and classmates of a person who commit suicide are justified in hiding information about the suicide: Hannah dedicated a recording on each of the 13 audio tapes to a different classmates who betrayed or hurt her in some way. Therefore, these classmates were scared for Hannah’s parents or the school administration to find out about the tapes. Sadly, Hannah’s parents spent the show baffled as to the events leading up to the suicide of their daughter. No one person was to blame—it was a cumulative series of events and it's scary to think that teens were watching this show and in the horrific cover up of information these parents needed to find some closure. Granted there must have been a missing tape about the internal factors (mood, predisposition, etc.) that were not just focused on people who had reportedly harmed her.

7. Everyone on the tapes were bullies and uncaring people: The audience receives Hannah’s perspective through the tapes and is therefore not privy to the other side of the story by those other schoolmates. While her peers may have treated her poorly or harmed her emotionally, they are also teenagers who are also trying to find their way navigating complicated social interactions and hormones. However, sexual abuse and assault are inexcusable and unacceptable actions.

8. This show will appropriately and effectively raise awareness about suicide prevention and bullying: “13 Reasons Why” may have received a lot of media attention, but it is unfortunate that it was not written and produced in a way that truly provided information about suicide prevention, mental illness, and substance usage that most often contribute to suicide. Instead, the audience walks away with their head spinning in a cyclone of blame towards others, feeling haunted by a lead character that blamed all those around her for her choice, and the idea that suicide is an effective way to communicate hurt feelings. The Atlantic Magazine article went on to state that “Netflix announced that it was adding “additional advisories” to the show, including a new warning card at the beginning of the first episode. But the scene of Hannah’s death remains in the final episode, urging the question of how a show themed around such a sensitive subject managed to break virtually every rule in the media playbook when it comes to treatment of suicide, so much so that when a suicide-prevention expert was shown episodes in advance, he reportedly advised Netflix not to release it.”

The opposite of prevention may actually occur- given the apparent “glorification” of suicide, this show may lead to copycat suicide behaviors- which I would assume is the opposite intention of the creators who include celebrity singer Selena Gomez. Gomez has undergone treatment for an eating disorder and mental health issues, which makes it more surprising that those factors were not addressed in the show (even if not written in the original book written by Jay Asher that the show was based on). The Scientific American Magazine wrote a well-researched article "13 Reasons Why and Suicide Contagion" expands historically and scientifically why depicting suicide does not prevent it.

9. School counselors are psychic: Hannah does finally go to her school counselor in one of the final tapes and expresses upset about interpersonal issues and about feeling "hopeless." She does not articulate clearly how she is feeling, nor mention any mood symptoms or suicidal thoughts to the counselor. Hannah leaves the session early and then blames the counselor for not chasing after her. If she had clearly stated "red flag" symptoms, expressed herself honestly or stayed for the entire therapy session, maybe this counselor could have helped her. However, it appears that she wants those around her to read her mind, and if they are unable to then she "blames" them.

10. Showing Hannah’s actual suicide would prevent and scare others from committing suicide: The gory visual details differed from the book and also were unnecessarily graphic. The Atlantic Magazine article goes on to quote suicide experts and report that “This seems to have been the primary motivation for the show’s treatment of Hannah’s death—that in its ugliness and brutality it would serve as a deterrent to people who might be considering suicide themselves. But this line of thought is directly contradicted by some suicide-prevention experts, who warn about a contagion effect, where the explicit treatment of suicide in media leads to a related increase in suicide attempts. One example is the 1962 death of Marilyn Monroe: After her death was reported in the media as a suicide, suicide rates that month in the U.S. increased by 12 percent.”

11. If you are kind to people then they will not commit suicide: Walking away from this show, the audience is left to feel that not being nice to Hannah led her to kill herself. The show fails to consider that there are deeper reasons for suicide and also more complicated treatment methods. A USA Today Editorial by Jaclyn Grimm who has personal experience with suicidal thoughts, explains that: “Being kind isn’t a bad message, but in the context of the show it becomes complicated. The last episode ends with Clay reaching out to Skye, a student similar to Hannah in many ways. It implies that by being kind, he is able to save her in the way he didn’t save Hannah. Because the show doesn’t discuss mental illness, this scene suggests that saving someone from suicide is as easy as a friendly gesture. Clay doesn’t see suicidal warning signs and direct Skye to someone who actually can—an adult who could make sure she sees a mental health professional. Instead, he presumably saves her just by being nice; that’s not how suicide works."

12. A 30-minute after show called “13 Reason Why, Beyond the Reasons” provides the audience with some suicide prevention resources: The after show is poorly timed, in that the audience has already been absorbed in Hannah’s sick world and witnessed her suicide. These resources could have been at the beginning of each episode so that it was made clear that suicide is not a glorified action or logical choice.

13. "13 Reasons Why" will explain “Why” suicide happens: The “why” is simplified to blame and suicide is much more complicated than that. I truly hope that this show increases a dialogue about what truly causes and can prevent suicide which differs from what is portrayed in this show. They owe this to the vulnerable audience that they targeted.

If you are having suicidal thoughts or harming yourself or ending your life, please call the Suicide Prevention hotline at 1-800-273-8255 OR The Samaritans 1-877-870-4673. For more resources please visit their websites at suicidepreventionlifeline.org and samaritanshope.org.