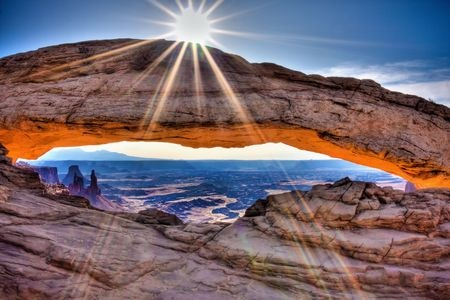 When most people think of Utah, they think Mormons, outdoors, and scenery like nowhere else, not a prescription opiate and heroin epidemic. Utah residents are ranked some of the healthiest people in the country, with 60 percent members of the Mormon Church. The Mormon religion discourages its members from using alcohol or drugs at all, including caffeine, due to their religion’s restraint on using any “harmful substances”. So how is it we are ranked eighth in the country for prescription overdose related deaths?

Utah is averaging 23 deaths a month, with 71 percent of these fatalities linked directly to opiate abuse. According to CNN’s Lisa Ling, prescription opiate abuse and addiction are rampant in Utah because like the rest of the country, there is a misconception that pills are safe because doctors prescribe them. While the Mormon Church discourages members from using illegal and harmful substances, they do not discourage against prescription drugs. Many of the Utahns struggling with opiate abuse and addiction started with painkillers; being given to them by a doctor for an injury or something alike. They were never warned about the risk of dependency.

Teens and young adults have also fallen victim to opiates and heroin by getting ahold of parent’s prescription pills, and experimenting at school with friends. They become addicted, but with the inability to get more prescription pills, they turn to the street and heroin use, as it is cheaper and more readily available. In 2012, 95 people died of heroin overdoses in Utah, and 268 died from prescription opiate overdoses. Public substance abuse treatment admissions in Utah jumping 700 percent, and all these numbers only increase each year. As lawmakers and prescription opiate manufacturers took steps to help curb the rapidly growing problem, like making the popular drug oxytocin harder to abuse, addicts found other opiates to abuse the same way; including many who turned to heroin. With newer laws put in place to more closely regulate prescription opiates on the street, and the amounts dispensed by doctors, IV heroin use skyrocketed. Users now include people who would have never dreamed of using heroin, due to the long-standing stigma attached to this illegal drug and its abuse.

Utah is also seeing a large influx of opiate addicts coming from surrounding, and even far away states seeking treatment, as Utah has a large number of substance abuse treatment programs. So despite being the home to some of the country’s healthiest residents, Utah is now among the states suffering the most from this prescription opiate and heroin epidemic plaguing our country. If you or someone you know is struggling with dependence or addiction to opiates, or any other narcotic drug, there is plenty of help available, so start here.